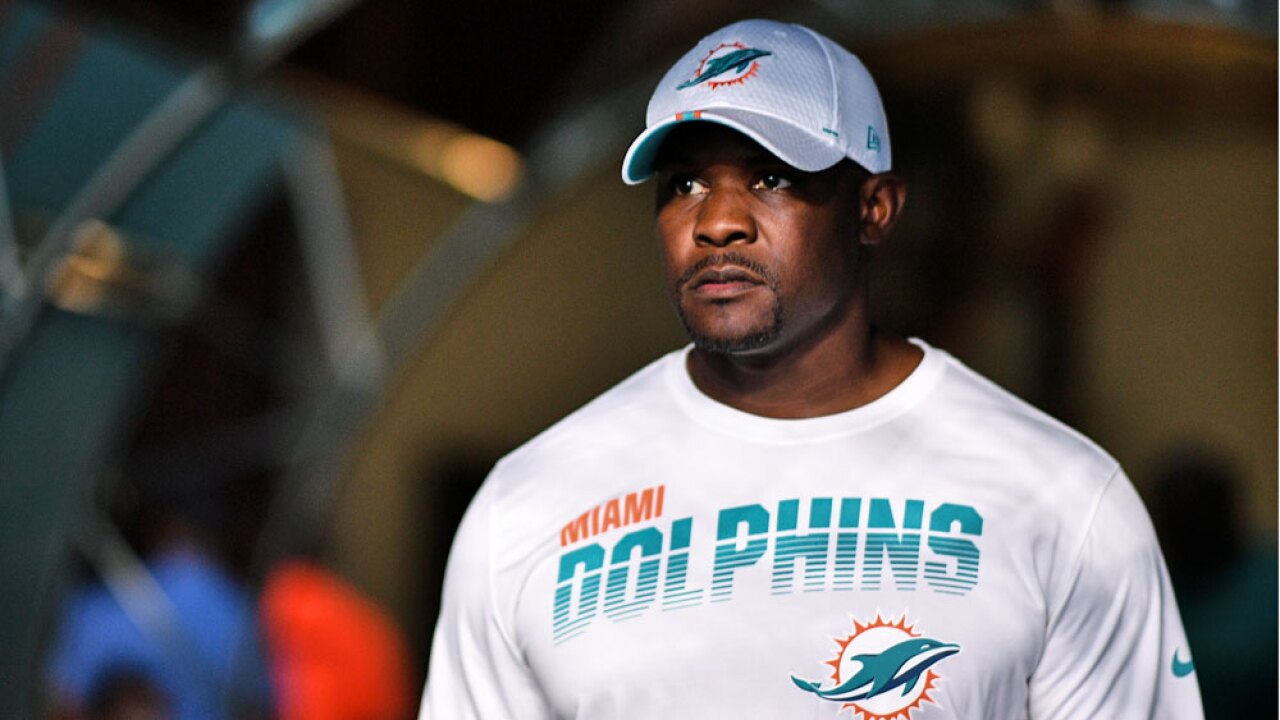 The Dolphins have gone through a major Culture Change ever since GM Chris Grier was handed full control of the team and he wisely hired Brian Flores as Miami’s Head Coach. It became evident in his first season as Miami’s head coach as speculation/rumors had the Dolphins deliberately losing games (Tanking) to Draft QB Tua Tagovailoa. The first few games of his first season were some of the worst losses this team has ever experienced and it looked as if the rumors were true, especially when you factor in the actions of GM Chris Grier who traded away two young star players for future picks.

I never bought in to the false narrative and fully believed GM Chris Grier and Brian Flores who both denied that the team was tanking and much to my delight the tide started turning and that 2019 Dolphins team so bereft of talent started to show signs of turning the corner and eventually ended up having a surprising 5-11 season and showing that Brian Flores was the real deal and he had his team motivated to win despite being out gunned when it came to talent that year.

We all ended the 2019 season with high expectations and after Miami’s aggressive offseason with free agency and the draft, the Dolphins did not disappoint us and our expectations as they went into the 2020 season. Armed with better talent and being led by what has become my 3rd favorite Dolphins head coach of all time who is quickly catching up to my second (Jimmy Johnson) Brian Flores lead this team with improved talent all the way up to the playoff doorsteps before they imploded in the last game of the season. Still the Dolphins ended up with a 10-6 record that nobody predicted. If you recall before the 2020 season started Miami was projected to have the 3rd toughest schedule in the NFL and many had Miami winning maybe 6 games but no more than 8. So, to go 10-6 and just miss the playoffs was huge for a couple of reasons.

It was projected that the Buffalo Bills would win the AFC east and many felt it would not even be close. Well if the Bills fans were completely honest they would all tell you that they were looking over their shoulders at Miami as the Dolphins remained on their heels for the better part of the season and had the ball bounced differently in a couple of games we lost Miami just might would have won the division. Miami earned the respect of the entire league and even though he was snubbed twice Brian Flores was in the conversation as being considered COY in 2019 & 2020.

Brian Flores has established a culture in Miami that is getting noticed by the League, the Fans and more important the players. The reason being that reports from the current players on the team that says being on the Dolphins is like being with family. They all bought into the culture and looked out for each other. how many times throughout the season in player interviews did the players credit the team for having the right atmosphere and players who have bought into the culture?

Also, players are privately and publicly saying that they want to join Miami as they like the way the team is structured? The most sought-after player who is being mentioned in a possible trade, first mentioned Miami as the place he wants to play and he said…

“According to ESPN, a source close to Watson told ESPN’s Chris Mortensen that the Dolphins remain prominent as an acceptable landing spot because the quarterback likes the culture he has observed under Miami head coach Brian Flores.”

These Dolphins under Flores are different than any of us have been use to in quite a while, Brian Flores has them playing smart, tough, disciplined and winning football and they are now truly a year or two away from being a serious playoff contender and attracting players like Watson’s attention speaks volumes whether we get his services or not.

Miami is the place to be and our Dolphins will have their choice of free agents who want to come to Miami for more than the obvious reasons such as no state taxes and seasonally warm weather. They have what is by far the most important thing that will attract free agents a family atmosphere and a winning culture.

So look for more free agents who will sign with Miami because they see what we all see is that Miami is the up and coming team that has the right formula for long term success and they will want to be a part of that success.