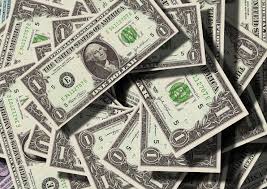 No matter what happens from this point on the Dolphins are playing with house money! The 2020 season was an absolute success for Miami! Who would have thought before the season began and looking at the 2020 schedule with this team just staring year two of their rebuild that Miami would be in the position they are in this fast? Knocking on the playoff doors with their own fate in their hands, win and their in!

Miami’s 10-5 record is far better than anybody would have predicted back in September of 2020 in fact I was thinking/hoping for more like another 5-to-6-win season and that was due to Miami having 2 first and 2nd round draft picks and wanting both to be top 10 picks! I gave up on that idea around week 5 of the season as it was apparent that Brian Flores was coaching out of his mind and it would be a true travesty if Flo don’t get Coach of The Year Honors!

Looking back on my thoughts on the schedule before the season and what was the big difference in what truly happened during the season. The Biggest surprise of the season was Miami’s record against the NFC West a division that is truly one of the better divisions in the NFL. Miami ended up going 3-1 the only loss being to the Seattle Seahawks 31-23. The beat the 49ers 43-17, the beat the Rams 28-17 and they beat the Cardinals 34-31. Before the season looking at the schedule, I had Miami doing the opposite against the NFC West going more like 1-3.

Here are some preseason predictions

CBS writer Jeff Kerr had Miami’s Projected record: 5-11 he too thought Miami would go not do well against the NFC West, he had Miami going 0-4! There is a video on the site where two analysts are debating Miami over or under 6 wins this season.

NFL.com’s Adam Rank has Miami going 7-9 with a 2-2 record against the AFC West

No matter where you look in the pre-season predictions of our Dolphins you will see an average between 6-8 wins for Miami.

Now that the Dolphins (10-5) will go into the last game of the season and play the equivalent of their big brother as the Bills have owned our Dolphins since December of 2018 and they currently have a 4-game winning streak against Miami, 3 of which were relative blowouts! The last game was 31-28 so the Dolphins were much more competitive against the Bills in their last match up.

Given where Miami currently stands and considering that they are just in year two of their rebuild and are the 2nd youngest team in the league with so much more room for growth one cannot help but be extremely excited for the future.

The Dolphins are for real, they are not like the previous years since the retirement of Don Shula when they never built a sustainable team. This current team is a playoff contender with plenty of youth, money, and draft capital to get even better and younger!

The Dolphins are finally back on the right track and the future is so bright you need to put on Sunglasses, how appropriate for a team from The Sunshine State. They are truly for me one of the only things that brought me joy in what will be a well forgotten 2020 year!

So, enjoy the final regular season game and let’s hope for a Dolphins win or some help to get them into the playoffs Sunday, keep in mind no matter what, the Dolphins are playing with house money!

1 thought on “Playing With House Money!”