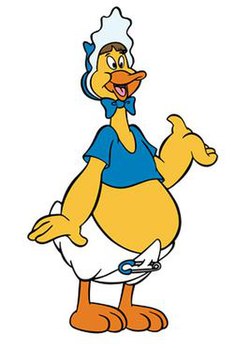 I am dating myself with this title but at 6′-7″ and 330 LBS at just 23 years of age, this “Man-Child” rookie defensive tackle Raekwon Davis is starting to grow into his position and his numbers are showing it!

His position coach Marion Hobby had this to say about Raekwon:

It was not easy starting off for this Rookie DT who Miami drafted in the 2nd round of the 2020 NFL draft and at the time he was selected the video of HC Brian Flores showed he was excited with the pick but a few weeks back when HC Brian Flores was asked about his response to the selection and the SMILE HE HAD that day said…“He’s probably never seen me smile. He can go back and look at that (video) and spend time thinking about whether or not that’s the same guy who he deals with on a daily basis. I’m not sure he feels that, just to be quite frank.”

It has become obvious that the Dolphins under Flores train and practice hard and you play based on your production throughout the week and Raekwon who only had 7 tackles in his first six games admitted it was a lot to learn and at times he struggled early on learning “The fundamental part of the game” but over the last 5 weeks in November Raekwon has made 21 tackles, only 2 other Defensive Linemen in the league had more. He is staring to come into his comfort zone where he is not thinking too much but can now just “Go and make plays”.

“He’s been working extremely hard at practice,” Dolphins defensive coordinator Josh Boyer said of Davis, “and I think there were some good things. The thing that we’re striving for is consistency on a play-in, play-out basis. I think we’re working toward that. There were definitely some good things that he did in the game that I think we’re improving. There’s still some things that we need to work on to get better, and he’s working hard at that, as all of our guys are.

“That’s really what you want as a coach is when a guy’s given an opportunity, you really want them to make the most of it.”

Raekwon’s reason for his improved play?

The fact that Raekwon is an Alabama product helps as Alabama HC Nick Saban also rides his players looking to have them be the best they can be and that goes a long way on this next level and so far Raekwon is making strides in the right direction and just think when he gets an offseason of strength and conditioning?

I suspect there are many more smiles to come for head coach Brian Flores in the future.