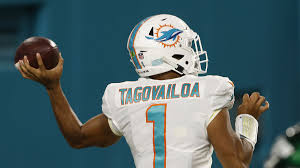 The Dolphins are ascending (.500 at 3-3) and the Jets are imploding (0-6) and this games was a tale of that narrative. As the Dolphins blew the Jest out 24-0 and it really shouldn’t have been that close as 21 of our 24 points were put up in the first half!

Miami started the game off fast offensively just as I had hoped and that proved to be a good thing as they just drifted through the 2nd half. Ryan Fitzpatrick was once again his Jekyll and Hyde self as he was Fitzmagic for just about the first half of the game except for an ill-advised forced pass that was intercepted just before the half, that zapped their momentum going into halftime as the score could have been 28 or 24 at halftime.

Miami was able to get their run game going as Myles Gaskins had his best day as a pro and continues to impress and hold onto his role as the primary ball carrier for our Dolphins. He ended up with 127 total yards of offense and just shy of his first 100 yard rushing performance and averaged 5.1 YPC!!!

Fitzpatrick was able to pass the ball around and who benefited the most were our secondary TE’s Adam Shaheen who caught three passes for 51 yards on a very well called TD play on the first TD of the game and Durham Smythe who caught his first TD in his NFL career. WR Preston Williams was the third recipient of a TD to cap off the 3 TDs scored in the game.

Ryan Fitzpatrick numbers were 18/27 191 yards 3 TD and 2 Int’s his number should have been better but the truth is we only needed one score to beat the Jets.

Defensively was how Miami won the game as our Defense played lights out all 60 minutes and was relentless in their pursuit of QB Joe Flacco and he was under duress the whole game and was sacked 3 times. Our defense pitched a shutout the first shutout for Miami since 2014.

There were some individual performances like Xavien Howard getting his 4th INT of the season. Miami front was dominant as Emmanuel Ogbah (2 sacks), Christian Wilkins (1 sack) Zach Sieler was a monster against the run and made some crucial plays against the run, Eric Rowe recorded 10 tackles and played well too but the entire unit played lights out! This was the second week that our Defense has shown out and it is a sign that they just needed some time and not such a difficult opponent as the first 3 games of the season for this young team.

One of the most memorable moments of the game was at the end of the game when it was apparent that Miami was going to get our future QB Tua Tagovailoa some playing time, that was the moment that our defense took a little to long to get off the field but finally with a little over 2 minutes in the game the crowd gave cheers and the players all were very happy and Ryan Fitzpatrick waiving on the crowed as Tua Tagovailoa jogged onto the field and was put in a somewhat difficult position as Miami was backed into their own End Zone and even though the outcome was well determined it was nice to see our future get a few snaps in real time and I can say he passed the teats!

He accomplished something that Ryan Fitzpatrick failed to do the entire game as he completed the 2nd of his two passes for a third down conversion effectively ending the game. Tua threw 2 passes and handed the ball off 2 times as well, that will be the answer to a future trivia question, when did HOF QB Tua Tagovailo get his first NFL snaps.

The Dolphins now go into their BYE week with a few bumps and bruises and with a 2 game win streak both being blowouts in fact all three wins have been blowouts and they have lost to Buffalo, Seattle and New England in their home opener!

With that in mind 3-3 is a nice place to be for this young team with the wind behind their sails!

Get This Weeks Prediction On TDS PODCAST!!!!!