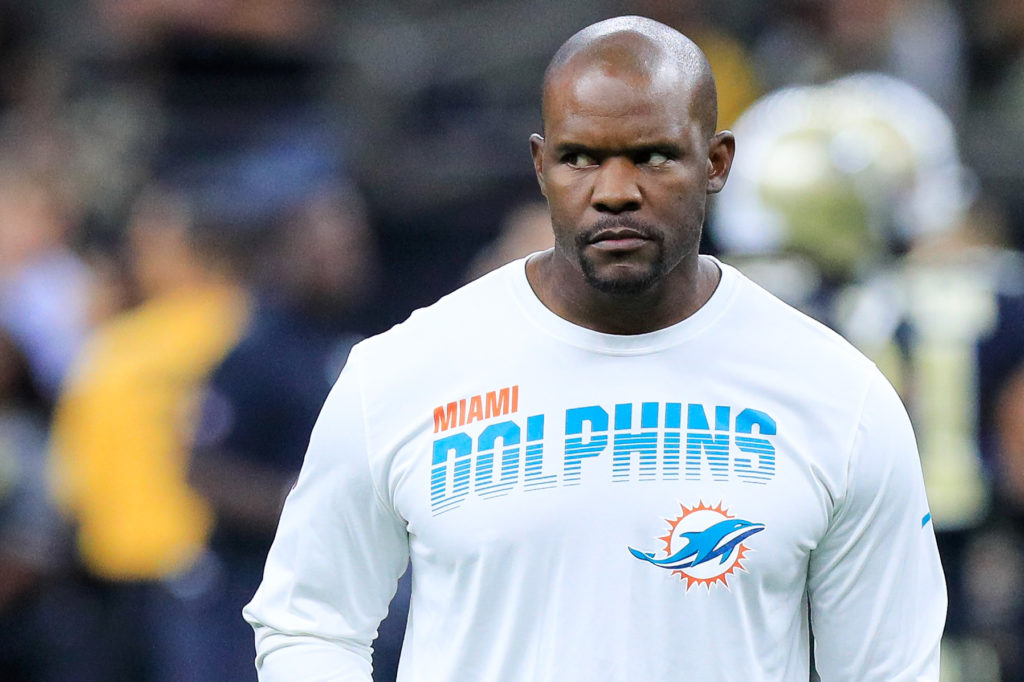 Older coaches who fail to change and adapt will also just a quickly lose their locker room and with outdated methods and trying to fit a square peg in a round hole with players often leads to their demise.

One year into his 5 year agreement with the Miami Dolphins, head coach Brian Flores has already made believers after winning just 5 games in his first season in Miami.

15 Things That Says You Got The Right Coach!

Brian Flores’s background is surrounded with excellence in coaching, despite some wanting to tarnish his reputation, Bill Belichick has been one of the best coaches in NFL history and Brian Flores who worked his way from the bottom rung of the Patriot Dynasty until his being hired by GM Chris Grier has learned from the best.

Brian has seen what it takes to win the SB on multiple occasions because he’s been involved with the New England Patriots since (2004–2019) and he was more than just a coach as he started out as a Scouting assistant and moved up to their De facto Defensive Coordinator in their last Super Bowl Win in the 2018-19 season.

It’s been a long time in coming that the Miami Dolphins search for a head coach has been on going and despite maybe two other coaches who limitedly tried to fill Don Shula’s shoes (Jimmy Johnson & Nick Sabin) Brian Flores seems to have the makeup and the look of a man who can comfortably start to fill in the giant shoes of our recently departed and much loved legend of the Miami Dolphins, Don Shula.