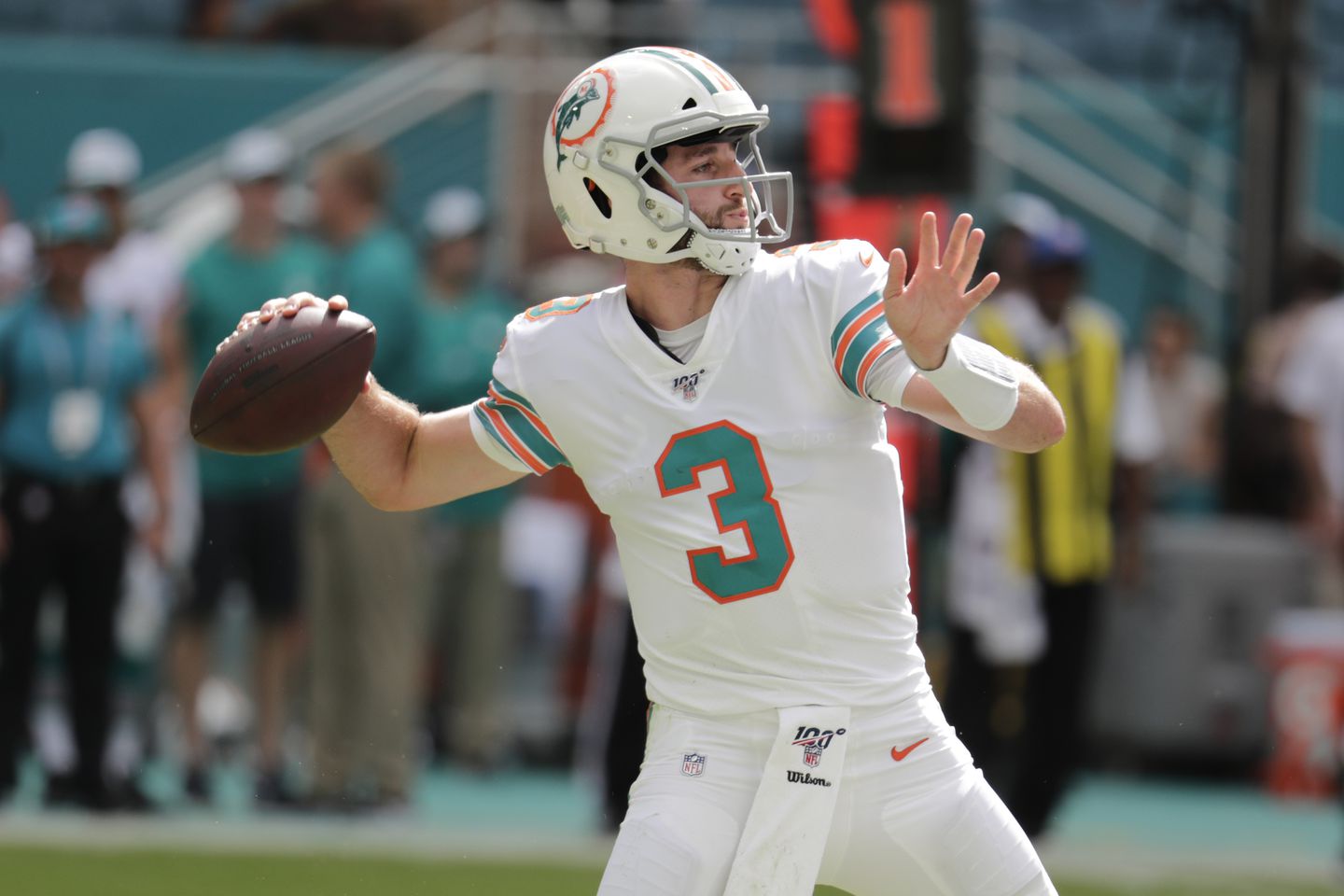 Ryan Fitzpatrick, Tua Tagovailoa or Josh Rosen. All three appropriately represents the past, the present and the future.

Ryan Fitzpatrick’s career is coming to a conclusion and it might be by seasons end that he decides to hang it up, either way he is on the end of his contract with Miami and will not get an extension.

He’s the media darling and is loved by many Dol-Fans, it’s hard not to love the guy because he was truly the heart and soul of the 2019 season for Miami. He will head into training camp as the presumptive starter but he is in the midst of what should be a very competitive environment.

There are two young QB’s on the roster that could potentially be starting QB’s for years to come and they both need to have the desire to take the starting job from Ryan Fitzpatrick. It’s more about the Future, both present and long term that should be in the Dolphins management best interest.

So let’s talk about the two young QB’s on Miami’s roster and their futures.

Currently we have two young QB’s, both first round picks and both in their early 20’s Josh Rosen (23 years old) and Tua Tagovailoa (22 years old) on the roster and it is most likely that one is in a short term (Present) situation with Miami.

From all appearances Josh Rosen will be the odd man out because he was not drafted by Miami but was acquired by means of a trade a year ago. Tua Tagovailoa on the other hand has the starting job to lose as he was drafted this year by Miami who made a commitment of 30 millions dollars in Tagovailoa by doing so.

So what would be the best case scenario for the Dolphins who now have a QB room that is loaded with potential? Miami needs to do more to try and enhance Josh Rosen’s value by helping him develop and strongly encourage that he somehow get to start sometime this year they need to use the present to help out the future. What do I mean?

Simply put Josh Rosen needs to be sold by the Dolphins in an attempt to improve his trade value that due to no fault of his own is extremely low. That is the least GM Chris Grier and Coach Brian Flores can do and it is in the best interest of the team overall as they can turn Josh Rosen into a high draft pick in the near future, possibly more than one pick when you consider the value of his position.

Miami needs to understand they have a commodity in Rosen and teams would give their left arm to get Josh Rosen should he start to display his full potential this up coming season.

Most likely the biggest fan favorite on the roster, Tua Tagovailoa comes with a huge college pedigree but with a warning sign that some feel says “Fragile Handle With Care” it’s been dissected to pieces, Tua’s injury history and concerns leading up to and during the the NFL draft, but the Dolphins Brass did not flinch when it came time to select the promising young QB with the 5th pick in the 2020 NFL draft. The biggest question now is should he sit or should he play in the 2020 season?

There are debates on that very issue going on throughout the NFL universe and among the loyal Dolphins fan base.

If Miami play their cards correctly they would not be in a hurry to put Tua on the field and should focus on propping up Josh Rosen as their main priority because he provides greater short term value if they succeed in rebuilding his long term value.

What I am most interested in is if/when they do finally find a trading partner for Josh Rosen, will he turn out to have a better career than Miami’s current future investment and then see the hypocrisy of a fickle fan base that gave up on a young Josh Rosen.