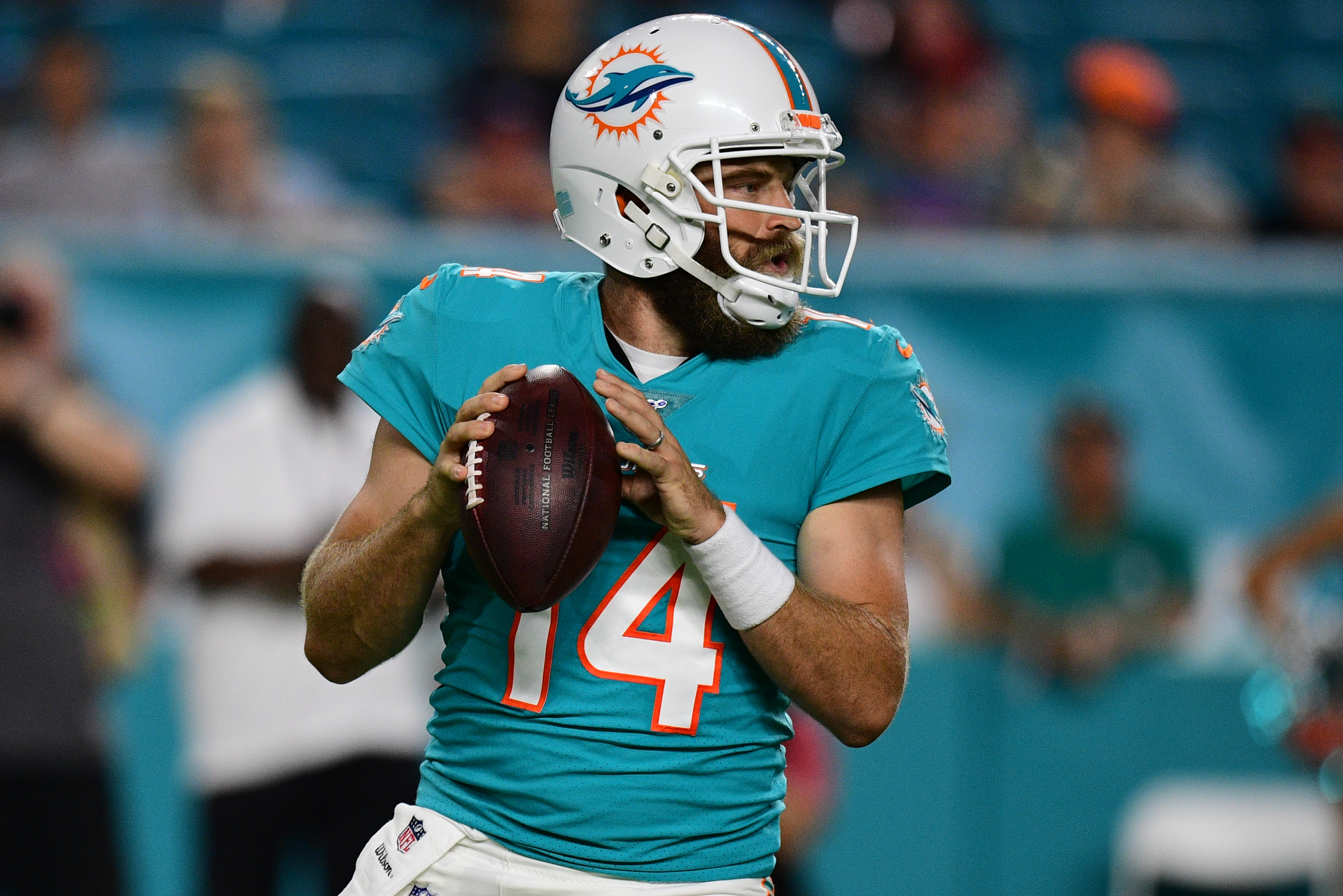 Now that the roster has been set (for the most part) for the 2020 season we know what the quarterback room looks like.

We have last years veteran starting quarterback Ryan Fitzpatrick returning to try and keep the starting job, we also have former first-round pick (10th pick overall in 2018) and last year’s backup quarterback Josh Rosen  coming back to try and unseat Ryan Fitzpatrick as the starter and we have the new kid on the block, the shiny new toy that was drafted 5th overall in the 2020 NFL draft Tua Tagovailoa, looking to make a name for himself and Jersey #1.

I must admit I was not a fan of drafting a quarterback this year but after looking at it, and dealing with the reality that Miami did draft a quarterback, I’ve come to appreciate how the Dolphin’s quarterback room shapes up. Hopefully when the dust settles we will have found our franchise quarterback.

Obviously the odds are in favor of Tua Tagovailoa as the eventual starting QB for Miami for the foreseeable future. Just don’t count out Josh Rosen taking the next step this year, in fact if you are a true fan you would hope that Josh Rosen makes the decision of the quarterback’s future in Miami very difficult.

The Dolphins currently have four quarterbacks on their roster Ryan Fitzpatrick, Josh Rosen, Jake Rudock and Tua Tagovailoa. We obviously can eliminate Jake Rudock as having any shot of winning the starting job and it’s a great possibility that the Dolphins just might decide to red-shirt Tua Tagovailoa for the 2020 season.

So that would leave Josh Rosen vs Ryan Fitzpatrick for the starting quarterback job in Miami for 2020.

Ryan Fitzpatrick is definitely the fan favorite and most likely the locker room favorite going into the 2020 season, but it’s not in the Dolphins best interest if Ryan Fitzpatrick ends up the starting quarterback throughout the year, the ideal situation it’s for Josh Rosen to beat him out in training camp, preseason, or at the very least somewhere throughout the 2020 season Josh Rosen needs to win the Dolphins starting quarterback job.

Why is that the ideal situation, it’s because Josh Rosen needs his value to grow because the Dolphins have made the decision on their future quarterback and hopefully the Dolphins can turn Josh Rosen into a first round pick or two in the near future. But what if Josh Rosen balls out and has a pro bowl season, what kind of problem could that present for the Dolphins moving forward?

Miami has made a commitment to Tua Tagovailoa when they drafted him with the 5th pick overall this year, he will sign a rookie contract somewhere near thirty million dollars and that alone forces the Dolphins hand to make him the starting quarterback in the very near future, unless some unforeseen incident happens. (Like another hip injury)

The one thing that trumps gifting Tua the starting job is coach Brian Flores, because we know his stance on everything, he don’t care where you were drafted the best players are going to play so that’s why it is very intriguing the possibilities of what could happen and it all rest in the hands of Josh Rosen and how he performs this upcoming season, because his job is to make things very tough for Miami to make a decision.