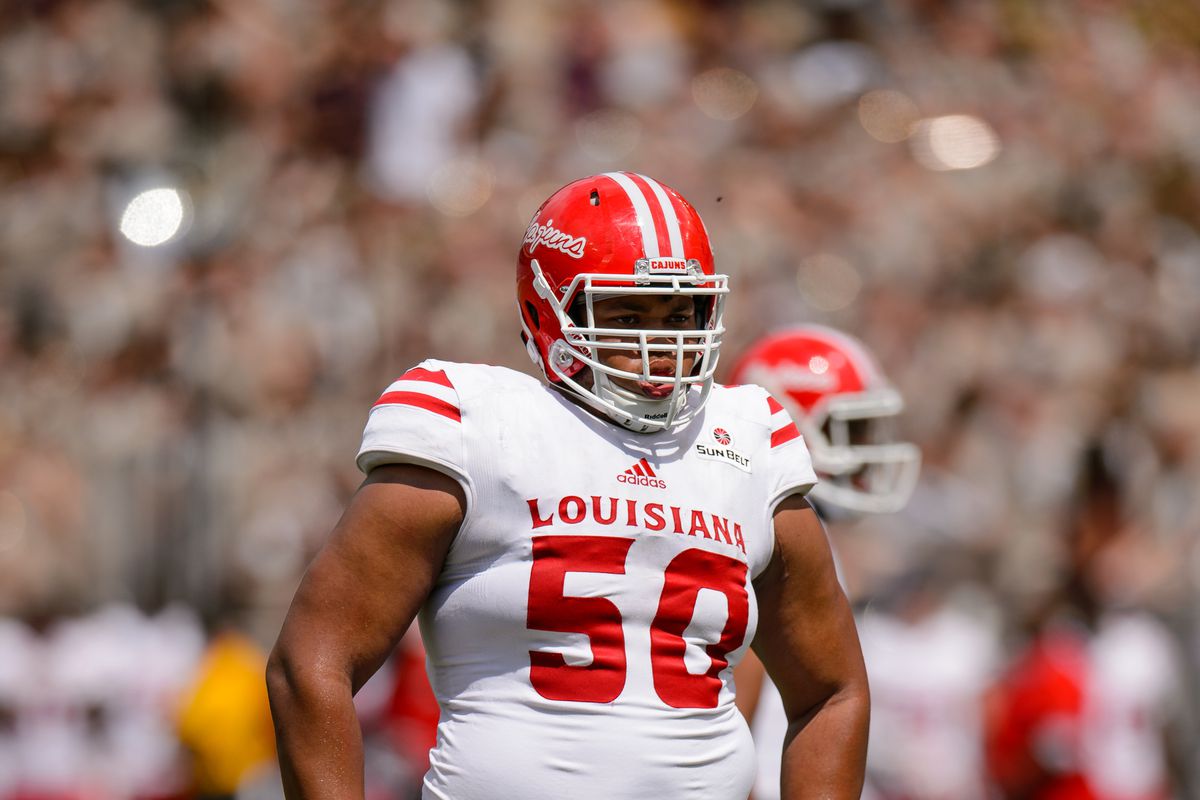 Hunt was a four-year starter for the Ragin’ Cajuns after a strong high school career at Burkeville, Texas. He started all 13 games at left guard as a redshirt freshman, and then split time between left guard (nine starts) and left tackle (two starts) the following season. Hunt moved to right tackle for all 14 games in 2018, and Sun Belt coaches considered his play good enough to vote him second-team all-conference. He only started the first seven games of his senior season due to a groin injury but still was named first-team All-SBC for his play at right tackle.

Overview
Like Cody Ford in last year’s draft, Hunt is a plus athlete with a big man’s frame who could be considered at guard or tackle. Inconsistent footwork and pad level are the primary culprits when he fails to win the rep, but there aren’t any physical limitations that should prevent him from improving in both areas. Pass protection traits are present but getting the skill level up to par is going to take time. He’s a little raw but has the necessary talent to become a solid future starter at right tackle.

Considered by many (including myself) to be a reach, the Dolphins pulled the trigger on Guard Robert Hunt with their first of two picks in the second round. This guy is HUGE and a reflection of a team transitioning back into a physical team with mentally tough players that can hold up against to more physical teams in the NFL.

Robert Hunt fits that makeup as a tough player who refuse to be beat. He went to a smaller school so there are some questions about his ability to play against better competition, something he will face week in and week out in the NFL.
That’s where coaching comes into play and Hunt will have one of the most intense coaches in the League in Brain Flores and if he meet the expectations he will be rewarded down the road.
Welcome to Miami Robert Hunt!