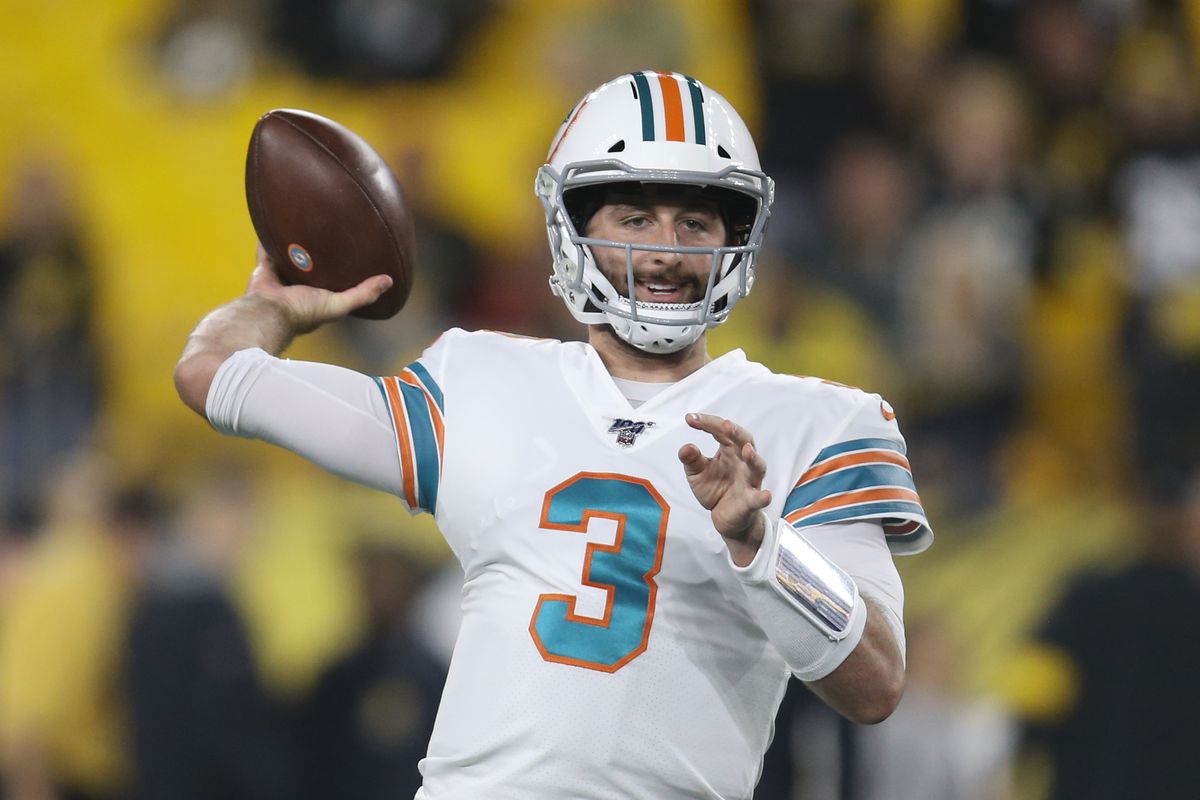 I was opposed to Miami drafting a QB this year because I wanted the Dolphins to give Josh Rosen what I considered fair chance to win the starting QB job in Miami, thinking that bringing back the status quo of last year where we had Ryan Fitzpatrick vs Josh Rosen as our QB competition.

What I failed to realize is that it’s not Miami goal, their goal is the find a franchise QB no matter what. (I still believe the best way to do that would be to sign Cam Newton but I digress!)

So all my feel good articles about not drafting a QB and letting  Josh Rosen vs Ryan Fitzpatrick II at lest sound good to me. But the reality is that the rightful thing to do was to take a chance at their franchise QB and go ahead and draft the QB they feel can be that. The Arizona Cardinals did the exact same thing a year after they drafted Josh Rosen 10th over all in the 2018 NFL draft. That is how Rosen ended up in Miami and found himself on his second team in two years ill prepared to handle a rookie QB.

The Cardinals and Dolphins had some of the worst offensive line play during Rosen’s one season with both teams. So it’s been truly hard to fairly evaluate Josh Rosen under those circumstances even though many have unfairly written him off.

The Dolphins on this past Thursday ignored my pleas and advice (I am the Dolphin Seer, don’t they know that?)  and drafted who was considered by many one of the top 2 QB’s in the 2020 draft class Tua Tagovailoa.

My first thought was Miami should trade Josh Rosen (That was me all up in my feelings) but after giving it much thought and the silence after the draft on Josh Rosen’s status, I’m starting to see the potential genius in the Dolphins plan.

If things stay the way they are and Miami keep Josh Rosen and Tua Tagovailoa on the roster in 2020 as well as veteran QB Ryan Fitzpatrick that will be one hell of a QB room and to have two first round QB prospects and have them both learn and develop under the tutelage of a savvy veteran QB and a un-retired OC Chan Gailey is pure genius.

Why Miami can do just that

The Dolphins got Josh Rosen on the cheap, his rookie contract after the signing bonus ( $10,878,368 s) PAID IN FULL BY THE CARDINALS leaves his deal with Miami, a 3 year 7 million dollar contract which is basically backup QB money. (Six teams are paying their backup QB between $2 million and $5 million, while 23 teams are paying $2 million or less.) How many of these teams have A former top 10 first round QB who is 23 years as their backup, with still untapped potential?

What if the Dolphins red shirt Tua Tagovailoa in 2020 and Josh Rosen shows significant progress in 2020 and looks like a potential franchise QB? What happens then?

Even better news is what the 2021 season will bring if the Dolphins hang onto Rosen. A SHOWDOWN between Josh Rosen and Tua Tagovailoa! Ryan Fitzpatrick is in the last year of his contract and he will not get an extension most likely he will retire after 2020 season. Making way for a potential battle in 2021. It won’t be the first time they have played against each other…

The Dolphins have it good!