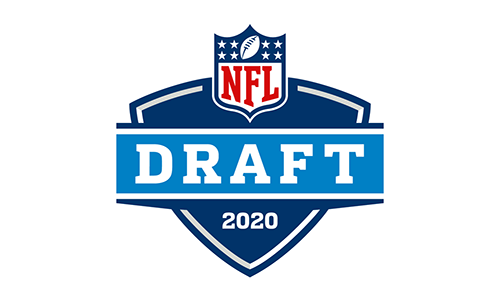 With this being such a special year for our Miami Dolphins, having 3 first round picks is a first in Miami Dolphins history and after surviving the great purge of 2019 the Dolphins are sitting in the catbird seat in the upcoming 2020 NFL draft.

Miami is the 22nd team in NFL history to have three picks in the first. If they keep them all, the Dolphins would be just the 13th franchise to choose a trio of players in the opening round. (Athlon Sports)

If they keep them all, the Dolphins would be just the 13th franchise to choose a trio of players in the opening round. (Athlon Sports)

The Miami Dolphins posses the 5th, 18th & 26th picks in the upcoming NFL draft and just like the Raiders a year ago have many holes to plug. I believe having 3 kicks at the can will just about assure you will hit on a future pro-bowler at the very least and potentially a future Hall Of Fame player. All 3 players should be major contributors to the Dolphins future.

That is why I am of the opinion that Miami should keep all their picks (14) in the upcoming draft and if anything trade down and acquire more picks, especially in the middle rounds 4-6 or stockpile more for picks for the 2021 draft. The resources they have now can be utilized to stock pile future picks for years to come.

“I like the flexibility and potential they have to move up or down,” an NFL executive says. “When you have all the cards, you can go up and get someone like a quarterback. There are a bunch of things you can do. You can go in with a plan or with versatility. You can trade down and end up with a bunch of good picks.” (Athlon Sports)

Miami can move all over the draft any way they want for the most part, as this draft is about the future roster 2-3 years from now we can have a true evaluation of the 2020 draft.

With critical needs at Offensive Line, Running back, Edge Rushers, Defensive Line and moderate to low needs at Linebacker,Tight End, Cornerback, Wide Receiver Miami can address all their needs this year. And even double up on some very critical positions like OL, DL, & RB.

There are some very talented players in the first round of the draft and if teams trade up to try and get a QB it will push that talent further down the draft board throughout the draft. With the draft picks Miami have they can add quite a few talented players to help thus team grow into a contender.

Can you imagine if the Dolphins would do some of the questionable things being suggested buy some of the media and fans? Like trade all 3 picks to the Bengals and even more if needed to draft Joe Burrow? What if Joe Burrow turns out the be just another first QB taken in the draft BUST?

Those same fans would be the first to say (IN HINDSIGHT) how stupid that move was. Even if Joe Burrow would prove to be a good choice will the Dolphins have the other areas of the team shored up to help Burrow to become the best he could become? Like I mentioned in an earlier article we had the pleasure of having a Franchise QB for 17 years and it was not enough to win a single Super Bowl!

It’s entirely possible the Dolphins could end up with three starters and perhaps even some Pro Bowlers from this first-round haul. Even though nothing is guaranteed, it is important to remember that the vast majority of Hall of Famers were drafted in the opening round. There are three times as many first-rounders in the Hall as there are players picked in the second round. And the disparity just grows from there. (Athlon Sports)

The Dolphins can’t sacrifice 2 first round picks for one single pick. They also can’t afford to miss on all 3 picks also! So there needs to be a focus and let the draft come to you. They will have their BIG BOARD where they have evaluated every player out there and some we might not have a clue about.

But trusting their work and the work of the scouts Miami should just stick to that board and take the best player available with each and every pick! It’s all about TEAM BUILDING rather than making the popular picks the fickle fans might want.

In the End it is Chris Grier’s career on the line along with the very talented folks he has surrounded himself with.

Get your popcorn ready because the Dolphins own the 2020 draft and it will be the ONLY sport show in town as this will be the only major sports “LIVE EVENT” to have taken place since this tragic Covid-19 took place and shut down the world!

It will be a nice distraction for us all and as Dolphins fans we should be very proud of what the team has for us!