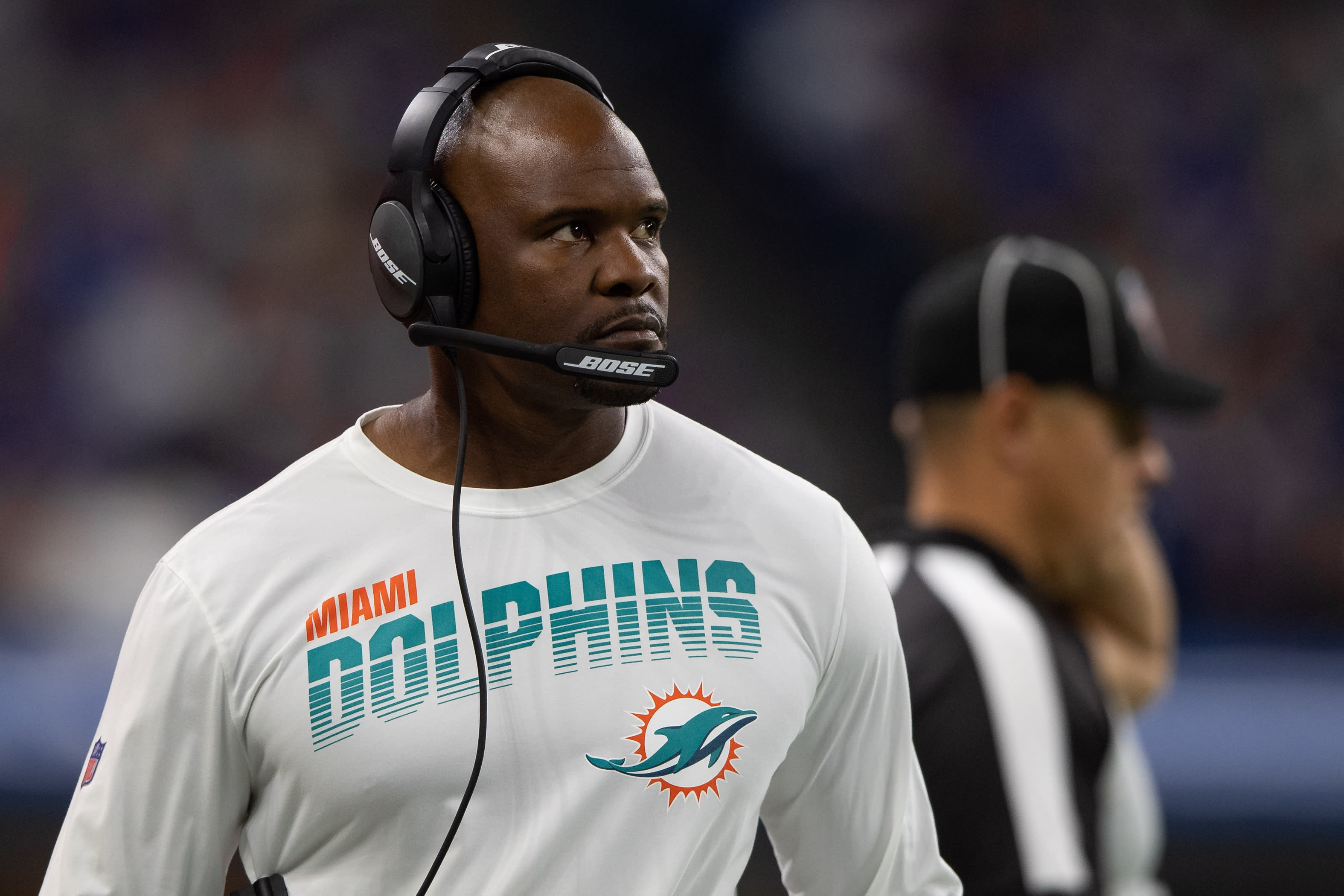 The Dolphins got this one right, Brian Flores is truly the right man for the job, at least so it appears! Despite my frustrations with Brian not taking the Mulligan he had last year, after some reflection and the passage of time, I can’t help but really appreciate our head coach. He’s unlike any former Dolphins head coach in the team’s history in more ways than the obvious.

Brian is a tough hard working person who will demand the best from everybody and he will build this team in his image. The Dolphins did a very nice story on our tough coach called Humble And Hungry it shows how he got his toughness and is well produced.

When Miami announced that they were hiring Brian Flores over a year ago I was very skeptical of that decision because in my mind it was like “Here we go again” another inexperienced first time head coach who will get OJT and dumped after a year or two.

Brian has what we call “stickum” meaning he might stick around for a while. The more you understand how Brian Flores worked his way up in the ranks of the best run organization in the NFL over the past 20 years under what is the most difficult but genius head coach  Bill Belichick a shoe in Hall of Fame coach.

Brian has scouting experience, coaching experience and 4× Super Bowl rings (XXXIX, XLIX, LI, LIII) to boot. He has seen things from the top and has brought what he knows to Miami.

I had anticipated he would want to put his fingerprints on Miami’s Defense and this years free agency proves that is his desire to build the best defense in the NFL as well as a winning team.

I no longer question where is Miami’s identity like in times past but can see exactly what Brian Flores and GM Chris Grier is building. They are building the team we have lacked for quite some time. It all started when the Dolphins hired Joe Philbin as head coach from (2012–2015) he changed the culture of a physical team to more of a finesse team and it just seems to me the Dolphins have been bullied around by the more physical teams in the NFL ever since.

They would smack the Dolphins in the mouth and the team would quit. The Ravens in particular has beaten the Dolphins physically the last 3 times we have played them.

I suspect the next time we play the Ravens that Brian Flores will have the players to match the physicality and hopefully the Dolphins will represent better.

Our division opponent the Buffalo Bills are a similar team, tough and physical and have taken it to the Dolphins also, they have won the last three meetings sweeping Miami in 2019, winning 31–21 in Buffalo and on October 20, 2019 and 37–20 in Miami on November 17, 2019.

I am looking forward towards the Dolphins next match-up against the more physical teams to see if they are more mentally and physically tough enough to compete in the game. Rome was not built in a day and it might take some time to get all the pieces in place and working but If our head coach has anything to say about it I would say the Dolphins will finally start to smack back!