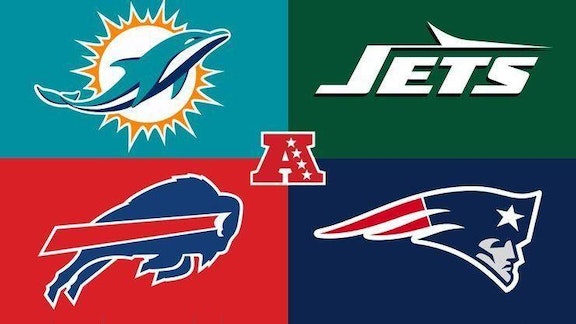 Is it true or is this April Fools Day? Say it IS so! Tom Brady has moved on from New England and the Patriots might be like a wounded fish in a sea of sharks? 20 years of dominance has finally come to an end? Is the AFC East up for grabs? Do the Bills, Dolphins and Jets have a shot at the AFC east title? NOT SO FAST!

There is still one problem…

The Patriots still have that mad-genius in Foxborough, MA and he is not going anywhere and the AFC East might become the victim of the revenge of Bill Belichick because he will not go down easy even without the G.O.A.T Tom Brady because he too is a G.O.A.T!

I never thought I would see the day that the Dynasty in Boston would get a divorce! That is exactly what happened as Tom Brady had enough of the unloving head coach who would not get on his knees and beg Brady to stay.

Tom’s feelings are hurt and he wants to prove that it was because of him that the Patriots were so successful and if he happens to take the Buccaneers to the SB and actually win it? That would be Brady 1 – Belichick 0 and it is not beyond the possibility that Brady can lead a very talented Tampa Bay team to win the SB and do something that has never been accomplished before have a host city team to win the SB.

Bill Belichick also wants to show the world that he can have success without Brady I am sure but neither will have the time or ability to ever match the success they’ve had these past two decades.

So now that Brady has flown the coop we are still left with the greatest head coach in NFL history who has only one mission that drives him…..to surpass Miami’s Don Shula, the all-time leader in regular season wins by a NFL head coach with 328 wins as Bill Belichick now sits at number 3 on the list at 273 wins. 55 more wins would tie coach Shula and 56 would surpass Don Shula!

Bill Belichick is 67 years old and will turn 68 April 16, 2020 and he needs to win at least between 4-5 years at the rate he has been winning (an average of 12 games a year for the past 20 years) since he’s been the Patriots head coach and Tom Brady was his starting QB for 19 of those 20 years.

It seems like a tall task for Bill Belichick to top Don Shula especially since he no longer have Tom Brady. But we don’t know and can’t count him out because I suspect it will not be as easy as some might think to beat a Brady-less New England Patriots.

So before you throw that first shovel of dirt on the Patriots just remember they still have the third winning-est coach in NFL history but he’s the one with the most SB rings bar far as he posses 8 Super Bowl rings!

Hopefully the rest of the AFC East division will step up and take advantage of what appears to be an opening in the division with a slight edge going to the Buffalo Bills as they seem to be ahead with their development more so than the Jets and Dolphins of overtaking the Patriots in the division. At least it appears that way….don’t it?