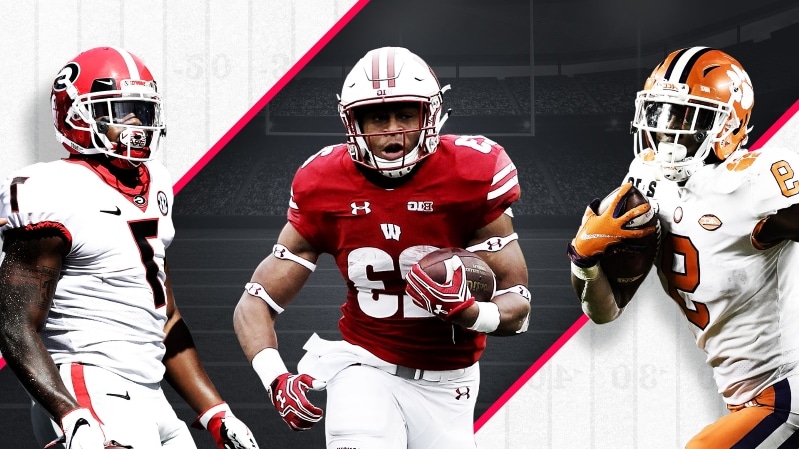 Teams seem to be always trying to find the cheapest way to build their rosters, in recent years with offenses passing like crazy the wide receivers have surpassed running backs when it comes to value for the modern offenses, the quarterback is usually the most valued and highest paid player on the offense, then offensive linemen charged with protecting the most valued player on the roster especially left/right tackles as well as centers and now even the Guards are getting paid very well…depending upon their skill level and somewhere down the list 4th, 5th or 6th you have the running backs who for some reason their position has been devalued over the past decade.

This past season there was a significant difference when it came to teams that could run the ball and those who did not as the NFL’s four best rushing teams (Ravens, 49ers, Titans, Seahawks) made it to the playoffs and even though a so called passing team won the SB it was their ability to run the ball down the stretch in the SB that actually won them the game as former Dolphins RB Damien Williams was thought by many to have won the MVP of the game.

Many are of the mindset that you can pick a running back anytime in the draft and in some cases like the recent signing of San Diego chargers running back Austin Ekeler an undrafted  player while letting their high draft pick star RB Melvin Gordan walk as he is scheduled to test the market after being denied a new contract last year he has now earned free agency and with the signing of the cheaper running back Austin Ekeler the Chargers have made their decision.

The reality is the best running backs are usually the ones at the top of the draft board and when put on a team that has the supporting cast, such as a good blocking offensive line and a good quarterback the running back becomes a valuable position for any team, if you question it just ask Ryan tannehill what he thinks of Derrick Henry, in fact just ask some Dolphins fans what they think of Ryan Tannehill and I’m pretty sure many will say he fed off the back of Derrick Henry and in no way am I slighting Ryan Tannehill more then I’m driving home the point of how important a running back is to a team.

It’s time for the Dolphins to stop bargain shopping for key skilled positions because the reality is a top premier running back is well worth his weight in gold,  I would Ezekiel Elliott, Saquon Barkley or Christian McCaffrey in a heartbeat to play for the Miami Dolphins. With the Dolphins having three picks in the first round and two second-round picks in the upcoming NFL Draft the Dolphins should be looking to pick from the top of the running back heap, not the middle or bottom, It’s time to stop bargain-shopping for key positions and take the best of the best! I would love for the Dolphins to target one of the top three running backs in the 2020 NFL draft,  pick one near the end of the first or at the very beginning of the second round,  I personally have my preference because I am biased I’m from Wisconsin and I definitely feel running back Jonathan Taylor of the Wisconsin Badgers will be a superstar in the NFL,  I would love to see him in a Miami Dolphins uniform running right beside or sharing carries with Melvin Gordon the other Wisconsin running back that I’ve always been fond of who I want the Dolphins to target in free agency.

For the Dolphins to become a playoff contender they must do two things well involving the run game, run the ball effectively and stop the run effectively,  if they can be a top team doing those two things they are playoff-bound, if you have any doubts just look at this last playoff season as old school running the ball and being physical got the four top rushing teams into the playoffs.