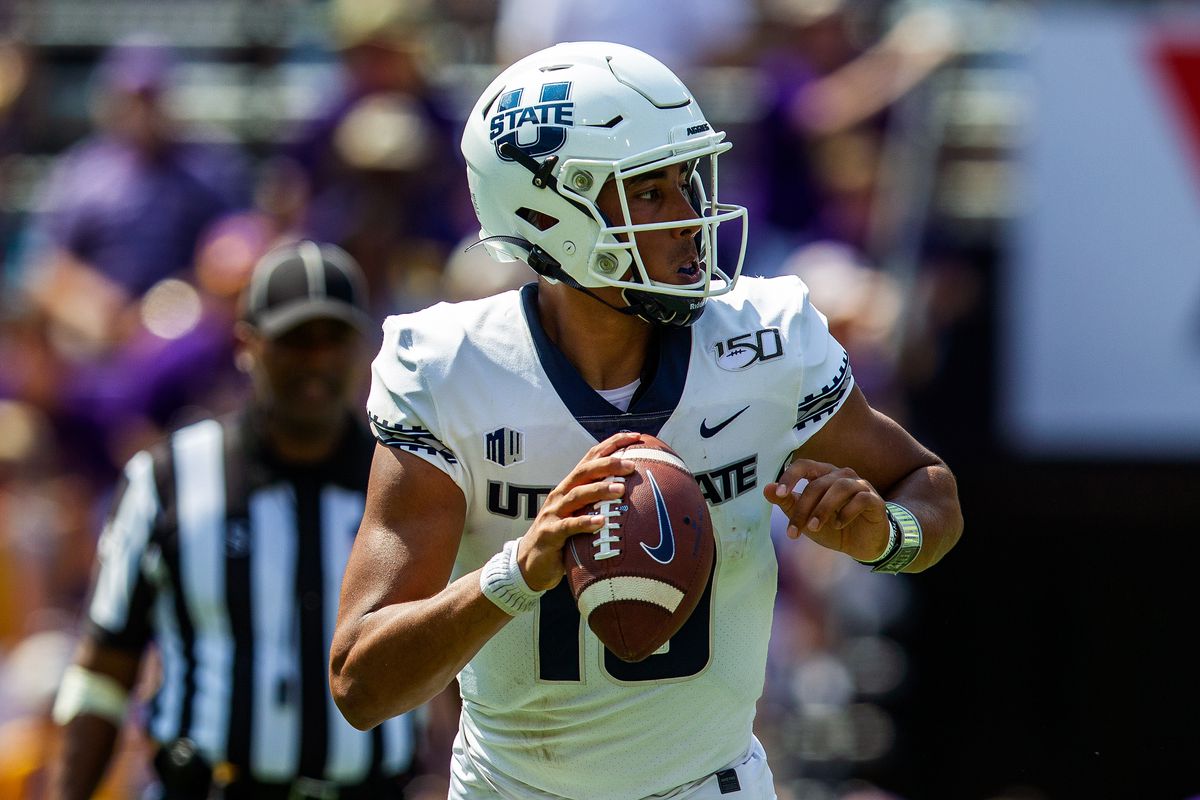 Jordan Love is often considered the 3rd or 4th rated QB in the upcoming NFL draft depending on who you ask. The Utah State QB has had his ups and downs throughout his college career but just like in recent  years the highest rated QB’s have not always been the best QB in their draft class.

an argument can be made especially considering Andrew Lucks early retirement that Russell Wilson was the best QB drafted in 2012 and he lasted until the 3rd round.

Throughout the years college football QB’s who have won the Heisman Trophy ended up flopping and QB’s like Tom Brady who was drafted 199th overall in the 6th round end up having great NFL careers. It just all proves that there is no exact science as to who will make it on the next level coming out of college.

It’s not just QB’s, just about every position has had a college all american flop on the next level despite teams spending hundreds of millions of dollars to get it right there always seems to be players that just can’t cut it on the professional level. Why is that the case? Well if an answer was that simple you could make millions saving the jobs of many GM’s and coaches.

The one thing that is extremely important is to have the right people in place to coach the player drafted. How many time have a young QB rated high in the draft and drafted high has landed on a good team? Almost never. Dan Marino slid in the draft to a good team at the time The Miami Dolphins, Aaron Rodgers who also slid down the draft board landed on a playoff contending Green Bay Packers team. In both cases I feel it contributed towards the success of both young QB’s landing on an established team.

Unlike young Josh Rosen who has drawn the short straw twice landing on two of the worst rosters in consecutive years after being traded by a bad Cardinals team to a team that was being stripped of it’s talent in a major rebuild. He now faces an uphill battle in his third season that hopefully the Dolphins will give this kid a chance.

All these college players coming into the NFL are like clay and the teams are the potter and unfortunately in many cases the clay lands into the hands of incompetent people who fail to properly develop these young players at the most crucial time of their careers and can ruin the mold before they can develop especially at the QB position.

Jordan Love posses all the tools a team looks for in a QB he has the prototypical size Height: 6 ft 4 in, Weight: 225 lb he’s 21 years old As a sophomore in 2018, Love started all 13 games, completing 267 of 417 passes for a school season record 3,567 yards with 32 touchdowns and six interceptions. He was named the MVP of the 2018 New Mexico Bowl after passing for 359 yards and four touchdowns. His Senior year was a down year he started all 13 games, completing 293 of 473 passes for 3402 yards with 20 touchdowns and 17 interceptions.

Jordan Love had a very bad game against LSU where they lost 42-6 this past November in which Joe Burrow threw for 344 yards and 5 TD’s vs Jordan Love’s 130 yards 0 TD and 3 Int’s  the truth is LSU had way more talent than Utah State and there were many changes to Utah’s program during Love’s senor season.

Jordan Love has all the tools and some team will get the chance to mold him into a starting QB, with some comparisons to Patrick Mahomes due to his improvisation throwing style he has a long way to go to reach Mahomes level. Could Jordan Love be the next surprise young upstart QB to be overlooked entering the NFL? Only time will tell. There  are small hints that the Dolphins might be interested in Jordan Love as New OC Chan Gailey likes athletic QB’s. and Jordan Love posses the athletic ability that suits the needs of Gailey.

One sad note in Jordan Love’s life At the age of 14, Love’s father, Orbin died due to suicide hard to imagine the lasting affect something like that can have on a young man.