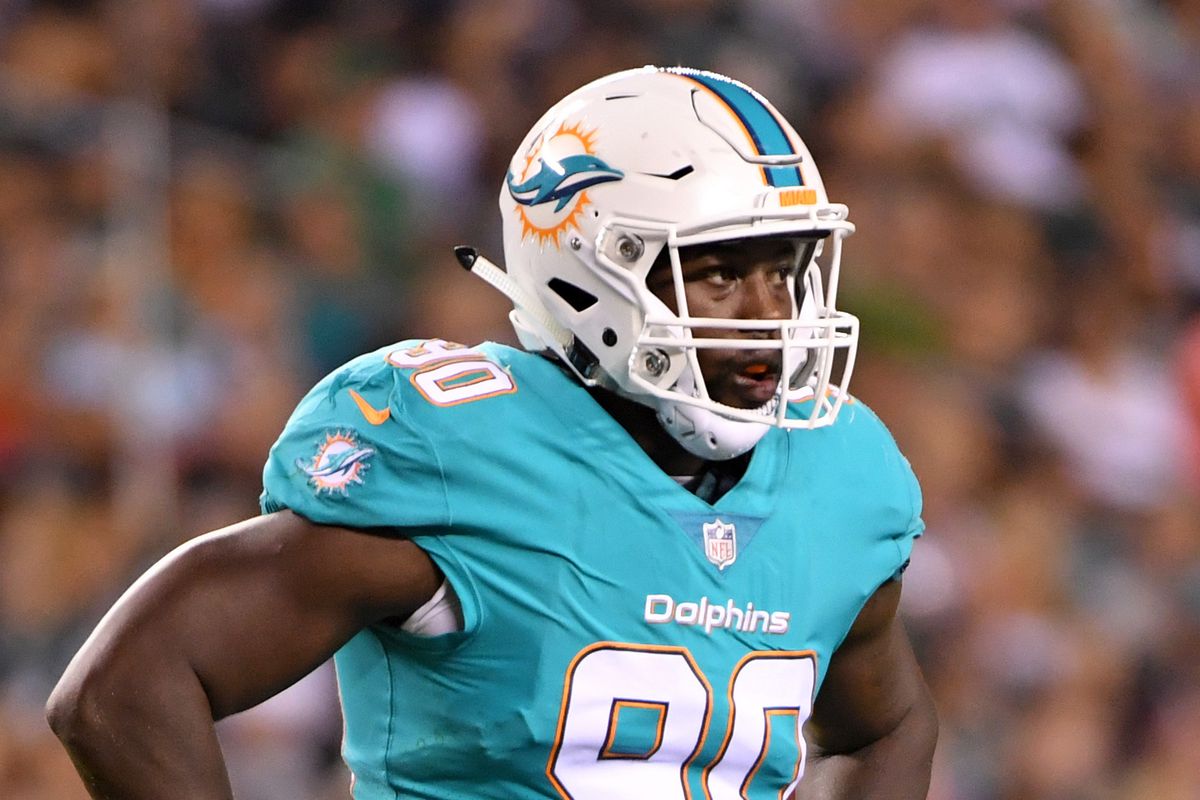 When many Dolphins fans think of DE Charles Harris they think of a first-round bust, let’s be honest he’s not lived up to anyone’s expectations and this will be his 3rd year in Miami. So the question is what should Miami do with the disappointing young DE?

The Dolphins did a good job last year developing some players as young players and veteran players stepped up to the plate and had very good seasons. When you think of one player that we can make an argument for the Dolphins to continue to be patient with Charles Harris you need look no further that DeVante Parker who also was heavily criticized for most of his career because he never lived up to his draft expectations. The Difference is Parker has always shown flashes of potential, but due to injuries and slow development issues, as well as never really connecting with past QB’s like he did with Ryan Fitzpatrick last season Parker never really flashed until last year when the Dolphins gambled on Parker and he paid off.

The Dolphins roster last year left much to be desired when it comes to talent but to the credit of the coaches they got the most out of the players they had and actually won more games than just about anybody expected. Unfortunately the pass rush was a weak point all season long and Charles Harris never really stepped up his game to solidify a starting role.

Miami should bring Charles back and allow him to compete again and come training camp if he still struggles than maybe the Dolphins will have to move on either by trading or eventually cutting him because he has not proved his worth since being drafted 22nd overall in 2017.

I would love to see Charles Harris turn that corner and the light-bulb comes on and he becomes a force, I think  he needs to bulk up more and work on his strength and pass rush moves as well as his edge setting Technic.

The Dolphins roster will be upgraded and Charles Harris will be forced to compete and fight for his spot on the roster because being a former first round pick his play to date is just not warranted of his draft status and as this team gets more talent he might find himself on the outside looking in.

The Goods news is that the Dolphins are still in the process of rebuilding and if Charles Harris can improve his game he might just find a role moving forward.The bad news for Charles Harris is that until he lives up to the high expectations of a first-round draft pick he will be always considered a bust.

I’m hoping Charles will have the kind of year that D Parker had to redeem himself and earned a contract extension.