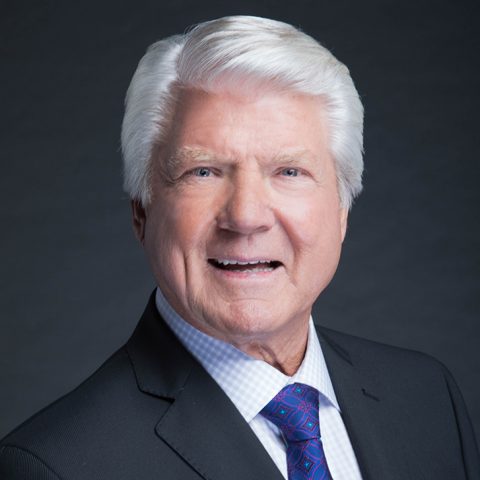 My second favorite Dolphins coach of all time and by far the best GM the Dolphins ever had, Jimmy Johnson was the best that excelled at BOTH titles in the history of the NFL and he was recently enshrined in the NFL Hall Of Fame deservedly so.

Before coaching in the NFL, Jimmy Johnson was a successful college football coach at Oklahoma State 1970-72 and The University of Miami 1984-88 (winning a National champion  in 1987)

In 1989, Jerry Jones, the new owner of the National Football League‘s Dallas Cowboys, a long-time friend and former University of Arkansas teammate of Johnson’s, asked him to be the new head coach, replacing Tom Landry, who had coached the team since its beginning in 1960. (See Jimmy Johnson)

The first season as The Dallas Cowboys head coach They ended up going 1 in 15 but it did not take Jimmy Johnson long to turn that franchise around and this is how the Dolphins can follow his example.

The first thing Jimmy Johnson did was traded what was at the time the best running back in the NFL Herschel Walker to the Minnesota Vikings for six high draft picks and the number of players.

How did Jimmy Johnson solve his quarterback situation Well Jimmy Johnson used a supplemental draft to draft Steve Walsh who played for Jimmy at the University of Miami and at the same time he doubled down and drafted Troy aikman in a regular draft in the first round in 1989.

When all was said and done from 1989 through 1993 Jimmy Johnson drafted over 13 Pro bowlers and two Hall of Fame players quarterback Troy Aikman and running back emmitt Smith as the Cowboys head coach / GM unfortunately Jerry Jones the owner was extremely jealous of his head coach and both headstrong individuals decided to part ways on March 29th 1994.

Jimmy Johnson brought the Dallas Cowboys two Super Bowl victories And many would credit him for that third victory that they had in 1995 because it was mostly a team full of his players that he developed and drafted over the years but Barry Switzer whowas hired by Jerry Jones after he and Jimmy Johnson parted ways which credited with 1995 Super Bowl victory.

The keynote that I want to bring about is how Jimmy Johnson handled his quarterback situation in Dallas by drafting young quarterbacks back to back and having them compete for the starting job and he was able to identify Troy Aikman as his franchise quarterback and Troy Aikman did not let him down.

The Dolphins got it right when they hired Jimmy Johnson, It was just unfortunate that he and Miami’s legendary quarterback Dan Marino never really got along well and due to their infighting It all culminated in the retirement of both in 1999.

Jimmy Johnson wanted to go back to an old school running style and limit the passing game and he wanted Dan Marino to check with him instead of just audible and make his own calls at the line of scrimmage That did not go over well with Dan Marino and thus the two never really got on the same page.

Most fans in the media were torn mini siding with the legend Dan Marino because he’s been with the Dolphins all these years I sided with the coach Jimmy Johnson because he had a proven track record of winning Super bowls the very thing that Dan Marino was missing and unfortunately he never obtained.

But what’s amazing is what Jimmy Johnson was able to do with the Miami Dolphins in his three short years as the Dolphins head coach / gym.

The biggest issue at the end of former head coach Don Shula’s career was he always had a prolific offense but the defense was getting shredded just as much and so the Dolphin’s would often lose in high scoring games And obviously many of us blame the Dolphins defensive coordinator who at the time was Tom Oliverdotti he was one of the most hated defensive coordinators in the NFL but Don Shula was loyal to him to the end.

Jimmy Johnson drafted Dale Gardner DT, Zach Thomas LB, Sam Madison DB, Jason Taylor DE and Patrick Satan DB as many of you know Jason Taylor is a Hall of Fame player and LB Zach Thomas is knocking on the door of the hall of fame.

Jimmy Johnson believed in a strong defense and a very solid running game along with a complimentary passing attack was the way to win games and how ironic that even today just about every team that was in the playoffs for the most part follow that format.

So that’s what I hope the Dolphins will follow in the upcoming off-season build a solid team of players and exceptional defense a good offensive and defensive line a top rushing attack to compliment the young quarterback they Go with as he grows along with the team and hopefully have the same outcome of winning championships and creating future Pro Bowl in Hall of Fame players.

I’m old enough to remember those days when Jimmy took over the Dallas cowboy position and how he turned that team into a Super Bowl contender and after taking over the Dolphins job within the three years that he was there he drafted some of the best defensive players to have ever worn a Dolphins uniform so I thought it’d be a good idea to review how he handled the Cowboys and the Dolphins with a hope that GM Chris Greer can somehow follow in his footsteps.

He might even want to go out to the keys and have it sit down with Jimmy and get an education on how he should proceed I sure would.

The last two on the list was not drafted by Jimmy but he inherited them and helped them have their illustrious careers Even though he did coach Michael Irvin in college.

And there were a host of other players that he drafted that contributed towards both teams being somewhat successful more so in Dallas than in Miami but unfortunately his early retirement did not afford him an opportunity to continue to build a winning team for our Dolphins.

So take note general manager Chris Grier you have right in your backyard one of the best minds to ever put together a team from scratch.