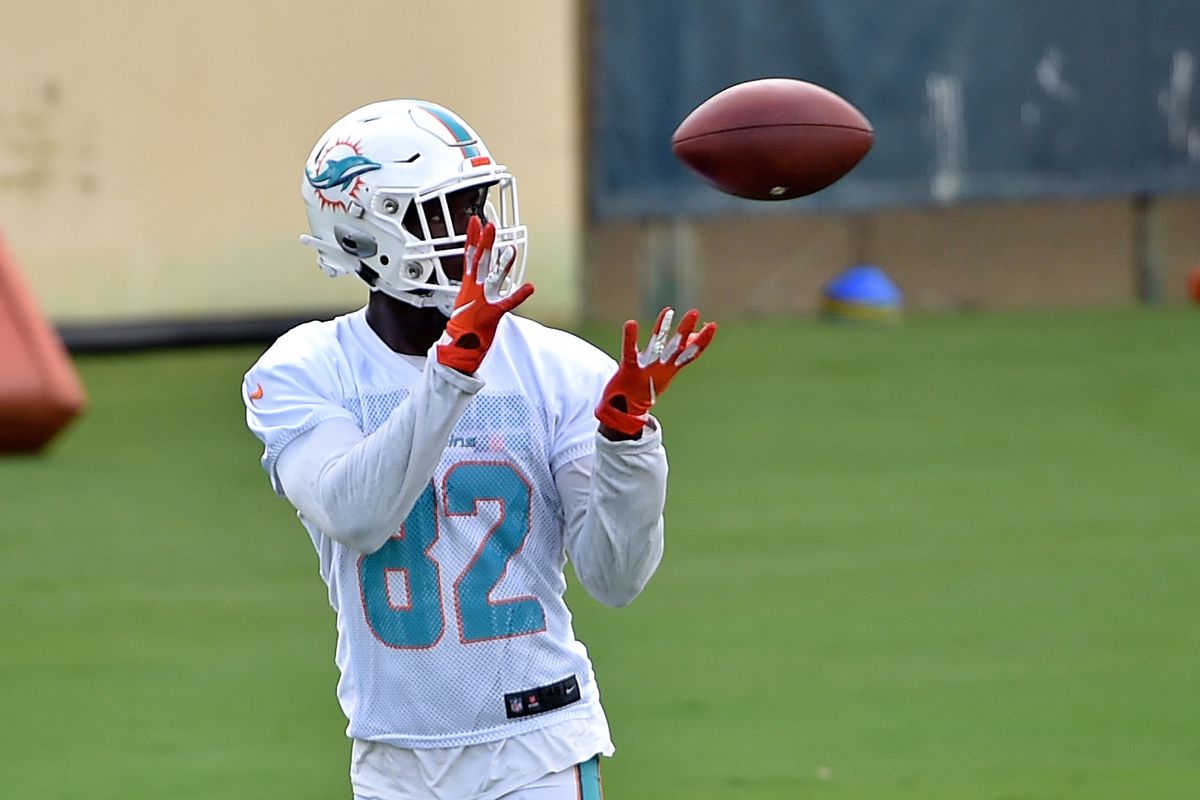 Training camp is fast approaching, we have a little over a month before football is in full force and once training camp starts it’s on! This year’s training camp for the Miami Dolphins offer something that has not existed in quite some time, true quarterback competition!

What I’ve come to appreciate about training camp and even in preseason is that it’s really hard to judge the team because they’re playing against themselves.  So we must take things with a grain of salt If the offenses is doing good against the defense or vice versa it’s really hard to judge this team based off of what they do in training camp and preseason.

Perfect example is DeVante Parker who since he’s been drafted look like a pro bowl wide receiver doing training camp and preseason but for whatever reason he’s never lived up to his bill during the regular season. He’s been the biggest tease for the past 5 years and once again in the recent OTAs he’s looked like he might be headed for a pro bowl season, but we know the eventual outcome…disappointment!

Then we have Kenyan Drake, one of my favorite players currently on the team and for some reason last year something went wrong between Drake and Adam Gase. It ruined Drakes season and mine too to a certain extent. Currently we have a group of misfits, no names and nobody’s when you consider the opinions of the rest of the NFL as well as many of the pun dents who are predicting the Dolphins to be the worst team in the NFL.

From Vegas all the way down to amateur bloggers many have the Dolphins winning only 5 games or less, I also am not buying that as well, because I think the discipline that’s going to be established with this team as coach Brian Flores enters his first season as a head coach will produce a better end result. I think the Dolphins will eventually surprise quite a few people.

As for now, many of us have no clue what this team is going to look like, in fact I put off predicting their win-loss for 2019 because I have no clue what type of team we have and even though we won’t get a full understanding of what they really have during training camp and preseason we will at least have an idea what we working with.

What’s different about this Dolphins team than the past disappointing seasons is that we have a coach who’s put a pretty decent coaching staff together and for the first time I think it’s going to be all about the coaching and the development of the young players. I really feel that we have in place under Brian Flores competent people who’s going to help these young players excel.

Some names to keep an eye out for:

I’m not predicting a Super Bowl season for our Dolphins but what I hope happens is that as the season moves on, they become more refined and put themselves in a position to enter the 2020 season as a potential Young upstart along with what they have accumulated for the 20/20 draft I expect the Dolphins to be in about 2 years from now one of the better teams in the NFL.

So enjoy this little respite as we’re about one month away from things getting really exciting as football will be back!