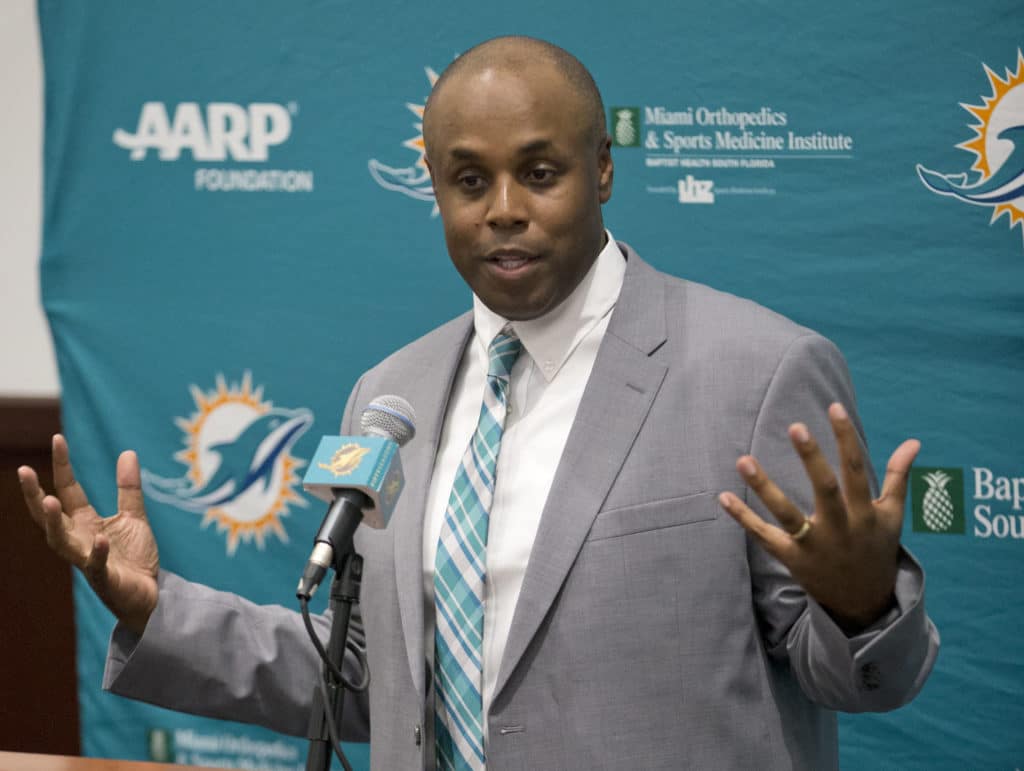 Chris Grier has been our GM for at least the last 3 Seasons but in reality this last off-season is the first time that Chris Grier was solely in charge to do everything his way and even though some are going to continue to blame him for past drafts and failures the fact of the matter is Chris Grier finally became Unchained this year.

And if this off-season is an indication as to what we have as GM I must say I 100% approve of what he did this whole off-season, from the painful things such as losing Cameron Wake to the smartest thing that I’ve seen a Dolphins GM do is how he handled the second round pick in the 2019 draft.

Chris Grier has the Dolphins in great shape and in position starting in 2020 to add to a young nucleus of players who are part of a solid foundation to build off of. The Dolphins currently have over seventy players 27 years old or younger and at least 20 rookies on the roster this year.

Working in harmony with our GM is first time head coach Brian Flores who Grier hand selected for the first time I might add since being our so called GM the past 3 seasons. Brian Flores is creating a competitive atmosphere that will allow the players to play at their best because they all are starting with a clean slate and have a chance to earn a starting job and for those who are the projected starters it will force them to be at their best or possibly lose their starting spot.

The end results will be a roster full of players trying very hard to win a starting spot and at least we will eventually have better depth, something that has plagued this team for years.

From a off-season of wild speculation of the Dolphins getting rid of people like Xavien Howard and Kenyan Drake, some where even speculating of them letting Laremy Tunsil walk…. truth is we have a very smart well-run team from the GM down to all the assistant coaches, this might be the best collection of management that I’ve seen as a Dolphin fan dating back to the days when Don Shula was the one-stop-shop.

Back then Don Shula did an excellent job, but in today’s NFL this is the first time that I can recall since his retirement that we’ve had such depth on the coaching staff, all this should play out very well for the team.

I don’t have high expectations this year but at the very least what I do expect is for them to be a well-disciplined, well-coached team and I expect them by the end of 2019 to show some promise that they’re headed in the right direction for 2020 on!

Much thanks to the owner Stephen Ross who finally put the team structure in order and giving Chris Grier the green light to have full control over the team and so far ON PAPER things appear to be finally headed in the right direction.

Only time will tell….