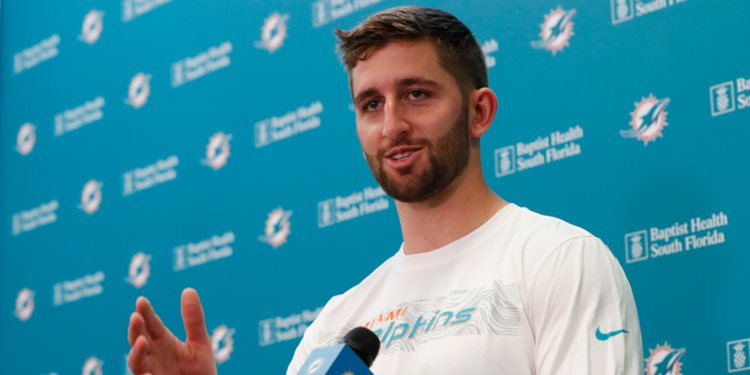 In what could potentially be one of the worst trades in NFL history, the Arizona Cardinals traded their first-round quarterback they traded up for and drafted 10th overall one year ago in the 2018 NFL draft, to the Miami Dolphins a year later during the 2019 NFL draft for pennies on the dollar. In fact Arizona had already given him all of his upfront money in his signing bonus.

In what could turn out as one of the best trades in Miami Dolphins history the Dolphins get a 22 year old QB that was ranked one of the best QB’s in the 2018 NFL draft in fact he was liked so much by the former Cardinals head coach that the Cards traded up to the No. 10 overall pick to snag UCLA quarterback Josh Rosen they sent the No. 15 pick, a 3rd-round pick (No. 79) and a fifth-round selection (No. 152) to the Oakland Raiders for the right to take Josh Rosen.

The trade for Miami is a no-brainer what it boils down to is the Dolphins get to test Josh Rosen out and give him every opportunity to become the franchise quarterback of the Miami Dolphins and even in the worst case scenario did he doesn’t live up to the franchise label for what the price that they’re paying 6 million dollars over the next three years he even cheaper than a most backup quarterbacks.

So basically the Dolphins are getting a twenty-two-year-old one year NFL experience quarterback to mold and develop into their future franchise player and in the worst case scenario he will be competition for another quarterback in the future if the Dolphin should deem he’s not franchise material.

It’s now up to John’s Rosen to prove the Dolphins right in the decision to trade for him and bring him to Miami under a much better situation for him to develop then what he was with Arizona the Cardinals are a mess or least were a mess last year and it’s questionable how they handle their situation with Josh Rosen even this year up to the trade. Josh lands in a very excellent situation with every tool needed for him to succeed he’s going to be coached by some of the best out there at his position he also will have at his disposable some very talented Speedy weapons on offense from running back to receivers very good group of tight ends an improving offensive line.

It’s now up to Josh to take advantage of his situation, dive deep into the Playbook and be ready to develop as the future quarterback of the Miami Dolphins.

As for the Dolphins, their in a no-lose situation. This is a great deal no matter how you look at it, whether he becomes a franchise player or not it was well worth the price paid to bring Josh Rosen to Miami.