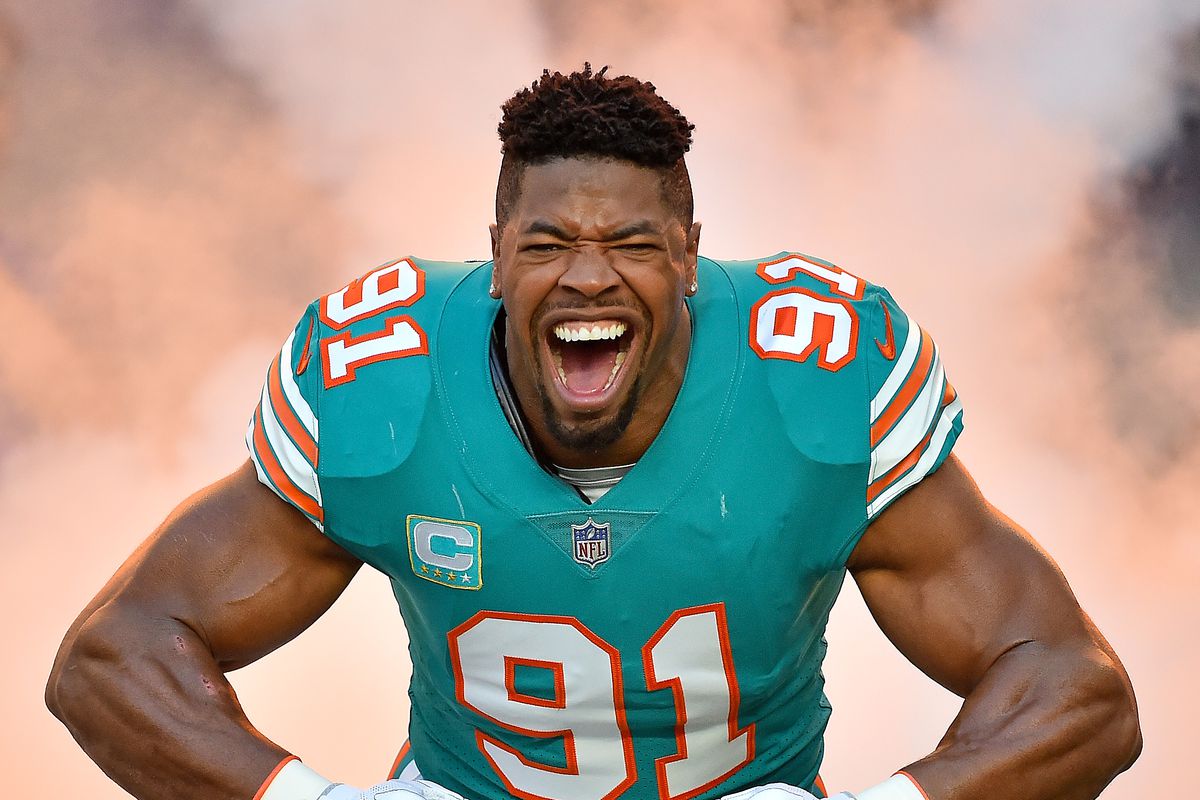 Even though we knew it was coming it still hurts, it really is one of the most loved Dolphins of all times and it saddens me to report that defensive end Cameron Wake has signed a three-year deal with the Tennessee Titans worth 23 million dollars which is somewhat of a surprise to me as I would hope that he would leave and go to a contender and I just don’t see the Titans as that team that’s going to get him to the Super Bowl.

I will always be a Cameron Wake fan for life he’s always played with class and it’s just so unfortunate that his entire NFL career for the most part has been with the Dolphins who have squandered most likely his best years in the NFL.

I’m happy that he’s going to get paid and I’ll be looking forward to seeing him play this year and I truly will miss Cameron Wake my favorite Dolphin player, the Dolphins will not look the same.

Unfortunately that’s the price we all will have to pay as this team is being stripped down to the youthful Foundation and will be rebuilt through the draft so now the young players on his team need to step up their game to bring the entertainment to the fans as the Dolphins continue to add youthful talent to the roster and as sad as this early free agency has been so far, I eagerly look forward to the draft to cheer my spirits up cuz right now I’m truly down.

1 thought on “The Most Painful Loss Of Them All!”