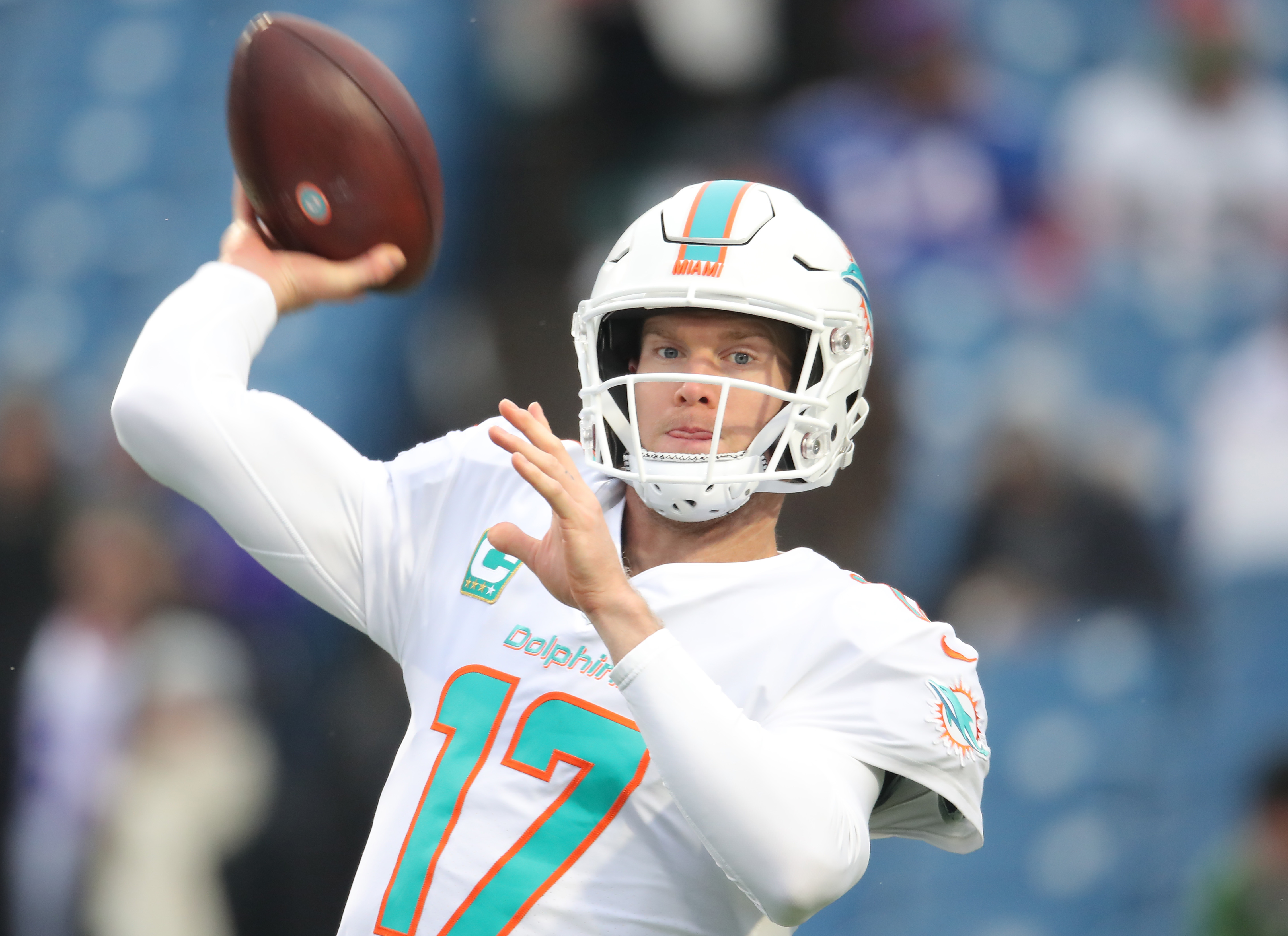 With the Dolphins unable to make a deal to trade Ryan Tannehill and the quarterback market essentially drying up before his eyes, Ryan Tannehill most likely will end up being a backup quarterback for some team (Jets?) in the NFL in 2019 or competing for a starting spot.

The question is should the Dolphins hold on to Ryan Tannehill until June 1st and order to save money or should they as Armando Salguero suggest in the Miami Herald be nice to him and release him early?

“Keeping Tannehill around while rumors of a chase for his successor hit the press is not showing respect.

Tannehill might be done playing for the Dolphins, but the team should not leave him proverbially twisting just because it can. If the Dolphins are going to break ties with Tannehill this offseason, as everyone expects, it should happen as soon as possible to maximize his opportunity to find a new team.

Tannehill has certainly earned that courtesy.”

Once again I’m on opposite side of Armando Salguero on this subject THE DOLPHINS DON’T OWE RYAN SQUAT!!!!!! Tannehill has been OVER COMPENSATED if anything for the past 3 + seasons, he’s never delivered and Miami now must do what’s in their best interest. If holding on to Ryan until June 1st is the best business decision than do that!

Like I said most likely he is not headed towards a starting job, no team needs him the only position he’ll find is a backup position at a significant pay cut maybe even a one-year deal.

As much as I hate to hang on to him any longer than we have to (because it’s time to move on) I want what’s in the best interest of the team and the money that they’ve shelled out to Ryan these past few years supersedes any sympathy for a guy who basically fleeced the Dolphins.

I was one of the ones dupped by Tannehill….no more!

The good news is the Dolphins are much wiser with their decisions in free agency and in how they are valuing their own players, reports from the legal tampering that teams are engaged in Today for free agency that becomes legal Wednesday have Miami not spending big money in the market and not GIVING AWAY their own players as reports were that TEAMS were trying to make a deal for Kenny Stills but the Dolphins did not like the offers.

Much credit goes to current GM Chris Grier as he’s no longer doing what former GM Mike Tannenbaum did, overpaid for players and give away some good young talented players for very low compensation.

The Dolphins have set the market at what they expect for their own players and what they’re willing to pay for free agents. It’s nice for a change to see others spend all that money while the Dolphin sit back take it easy and build this team the right way through the draft.