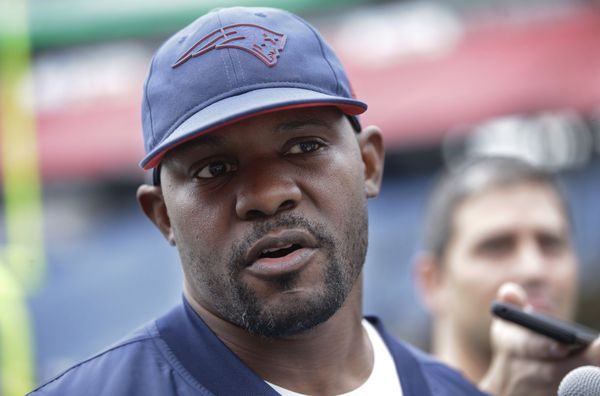 It’s time for the Dolphins to stop dating and go ahead and make a commitment and get married, the Dolphins have basically been dating ever since the Break-Up with Don Shula, in a long-term relationship when it comes to an end some people start to date before making a new commitment, some people don’t ever want to get married again while others are seeking a new mate.

Each time there’s not been a commitment for a long-term relationship with any of these former coaches and despite some being totally fine hitting the reset button every 3 years I find it futile and foolish, it’s time to grow up it’s time to make a commitment to a long-term relationship once again the Dolphins have decided to go with an inexperienced first time head coach but there is a difference this time it appears that our first time head coach is trying to surround himself with veteran experience help.

That in itself is a pleasant surprise as opposed to what we’ve been dealing with the last six or seven first-time head coaches who were unable to surround themselves with veteran experience coaches but brought in their own people that they thought could do the job but ultimately failed us having to fire coordinators both offensive and defensive over the years and once that start happening it’s inevitable that coach was on thin ice soon to be fired if they hit another bump in the road.

So the new Love Fest is with Brian Flores as the Dolphins are patiently waiting for New England season to be over after the SB game today we can expect to get Brian Flores on board as early as Monday, he will have to hit the ground running because free agency will be coming up real soon and draft preparation quickly after, college combines, a lot of work to be done and getting on board late in the game and still needing to fill out  his staff is going to set our new head coach back.

My question is how many years will Chris Grier get one, two, three before the owner decides to pull the plug on our GM and throw up a grenade and blow everything up hitting the reset button if he is not pleased with the way things are going?

I wrote an article a few weeks back about head coaches needed demand for long-term contracts just like Jon Gruden’s 10 year contracts, is what I think most coaches should start to negotiate because it’s going to take more than 3 years to turn a team around and it’s just foolish almost asinine to fire a new head coach after one season somebody did not do their homework.

I make no secrets that I did like Adam Gase and I personally wish we would have kept him, that’s spilled milk now nothing can be done he’s already the new head coach of our division Rivals the New York Jets while we Dolphin fans are anxiously awaiting for Brian Flores to come aboard and put the rest of his staff together.

I’m interested in seeing what type of contract they offer him, the duration and if this team like the owner said is willing to be patient if the team takes a step backwards before they move forward.

There has been rumors that the team wants to tank a season or two in order to put themselves in position to get a quarterback as I said before I’m not on board with tanking there’s got to be other ways to get the quarterback that you want because if this team ends up winning only 1, 2, or 3  games next season it is going to have a negative effect on both the GM and a new head coach as people won’t care about anything but the bottom line winning and losing.

Tanking is a major setback not guaranteeing anything. All the more reasons for Brian Flores to get a long term agreement in place.