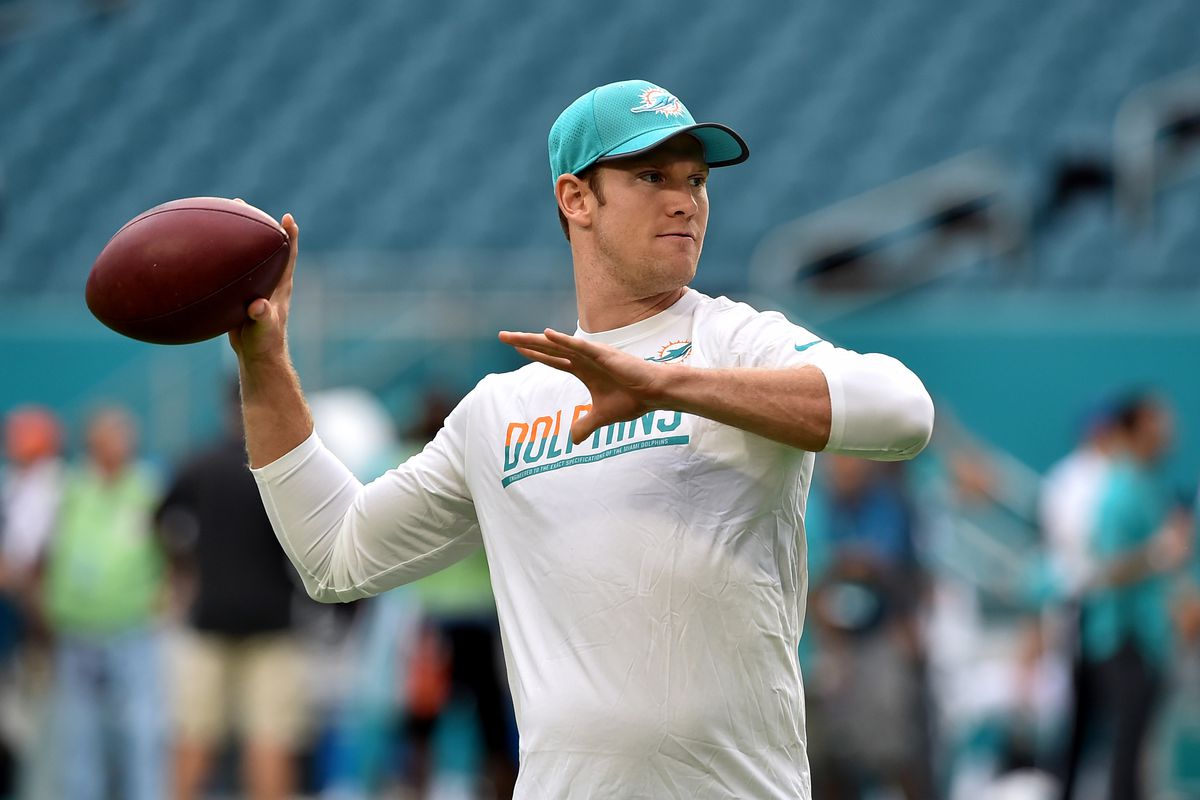 He’s been the best Quarter Back for the Dolphins since Dan Marino. Unfortunately that’s more of an indictment on the quality of the last 16 quarterbacks that started for Miami since Marino retired and Ryan Tannehill was drafted.

I was a Tannehill backer since the day he was drafted and all the way up until before he was injured this season. I did waver a couple of times prior to the beginning of the season, but finally jumped ship after he seemed to play exactly the same as he always did the past 7 years day one 2018.

I truly thought that he was just not getting a break and I got into blaming everybody and everything not named Ryan Tannehill. It’s  the OC, It’s the O Line, It’s the Head Coach, ect, ect, ect…

I truly felt this was the perfect situation in this 2018/19 season where everything  was set for Ryan to prove my blind loyalty right. It took me 3 games into the season and especially after the 4th game up in New England where the Dolphins got embarrassed that my eyes finally open up.

Ryan lacks that it factor especially in the big games much like his sidekick Matt Moore for most of his 7 seasons who I never had no doubt that he was a worthless tool, propped up by media hype and that affinity for the backup Quarterbacks that teams and their fans have when they have a questionable starting QB.

I harbor no ill will towards Tannehill but it is time to move on and hopefully the Dolphins can make a move to dump Ryan anyway they can, they will take a cap hit but maybe some team who is looking for a transitional QB or a stop-gap QB will show some interest in trading for Ryan who is a mid range QB and potential 10-15 ranking as a starting NFL QB.

At best he is a solid backup QB who can be there in case of an emergency and come in and win a game or two to keep a season alive for some team. I know it sounds like exactly what the Dolphins need but no matter what a NO FAULT divorce is needed between Tannehill and Miami even if he might be the best option available.

TIME IS UP for Tannehill in Miami, he must go!

There are to many bodies that are related to Tannehill’s tenure in Miami and the last trusting soul that was sacrificed was the so-called QB whisperer who is now exiled to the Jets and tasked with the job of whispering OMAHA in Same Darnold’s ear hoping to redeem his career in New York or he just might run out of options much like Tannehill has in Miami.

It should not be long before we hear rumors of Ryan’s possible fate because as soon as we get our head coach signed that will be one of the top things on the Dolphins management mind what to do with Tannehill. Anything but keep him!

1 thought on “No Malice Toward Ryan Tannehill”