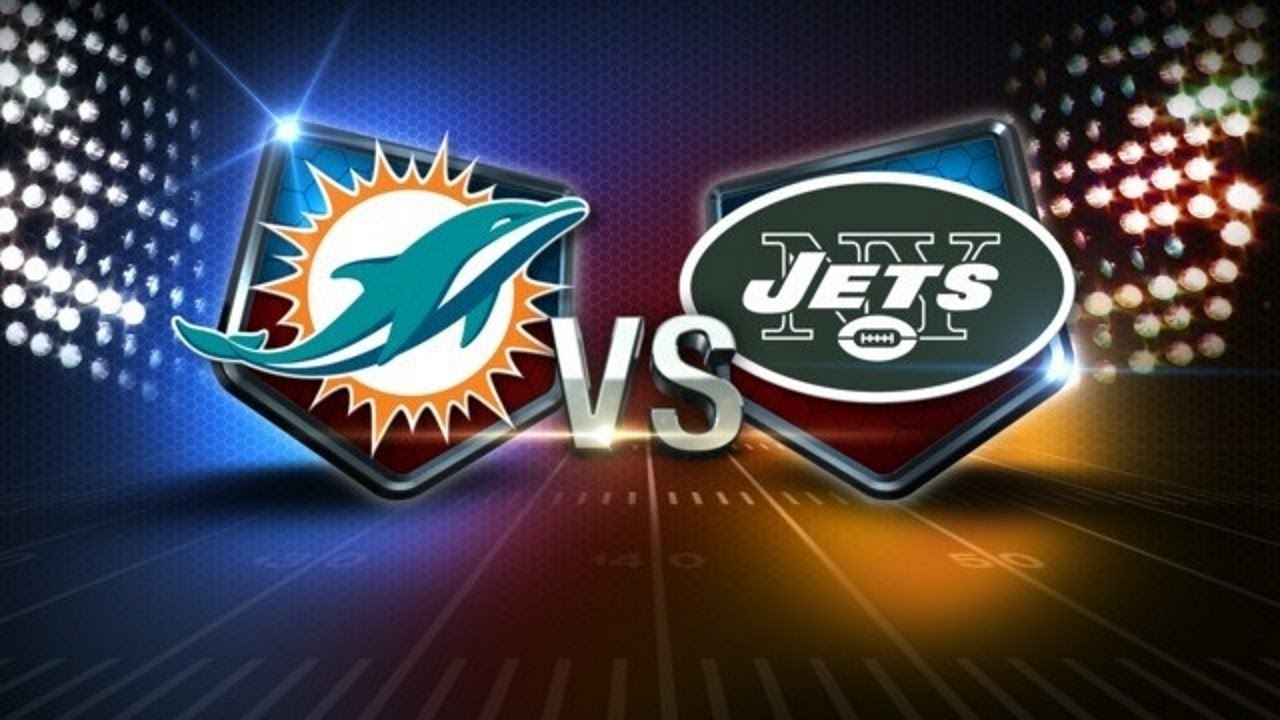 The Dolphins rolling to the Jets with some uncertainty as who they are going up against a confident Jet team that put up 48 points the week before and much hype about their  rookie quarterback.

This game (without 4 hours of delays) turned out to be a very good first half for Miami that’s encouraging to see because the Dolphins seem to have always had a problem starting off strong but Miami jumped out to a quick 20-0 lead to go into the half.

I would start off with the special teams as the Dolphins were able to contain the Jets deep into their own end of the field throughout the game with excellent punting/kicking and special teams coverage. Miami’s defense also played an excellent game doing everything they needed stopping the run and not giving up too many big plays.

Miami Dolphins offense in the first half played very well but for some reason failed to show up in the second half as they were shut out. Fortunately due to the play of the defense and special teams they were able to hold on and beat the Jets 20 – 12.

I have mixed reviews for the quarterback play of Ryan Tannehill who completed 17 of 23 passes for 167 yards and 2 touchdowns and ran for 44 yards.

Tannehill did a great job in RPO/RO as he seemed to do a great job of keeping the Jets Defense off balanced as he made the right decisions when he kept the ball and ran for chunk yards that kept drives alive and also helped put the game away late.

The deep ball was non-existent and to me that was a huge mistake not to take shots down the field more, it could be because Ryan’s accuracy on intermediate and deep balls was just awful, Ryan Tannehill’s feet were an issue as far as his setting up in the pocket to throw and that needs to be worked on and he needs to get better too.  Ryan NEED to take shots down field with the weapons/speed they have at their disposal, but with his poor accuracy they suffer the risk of turning the ball over.

Tannehill still continues to make sloppy plays and mistakes (two fumbles) as well as holding the ball too long (4 sacks) and not getting rid of the ball quicker or throwing it away. They are fortunate so far to get away with his sloppiness but if not corrected it WILL  EVENTUALLY COST MIAMI GAMES!

Overall Ryan is still not meeting my expectations as our franchise quarterback his play was good but not great. There is much more room for improvement. After 7 years in the league you would think this should not be an issue. As the leader of this offense he needs to learn how finish Drives with a score you won’t come out on the top not scoring in the second half of games against some of the better teams in the league.

Frank Gore did get to 4th overall in rushing history in a Dolphin uniform and he made one of the most crucial plays in the game when Miami needed to run out the clock and needing 19 yards on third down late in the game Gore catches a shoestring pass for 20 yards and a first down to basically end the game.

Kenyon Drake also contributed very well despite sitting out with an injury for most of the third quarter. Albert Wilson snagged in a TD as our leading receiver of the day with just 37 yards receiving. Also of note is the excellent blocking by the receivers that creates big plays.

The Offensive Line held up but there are serious reasons to be concerned as Ted Larsen seemed to not do a good job and the loss of Josh Sitton shows an obvious downgrade that Miami will not be able to sustain throughout the season.

Miami’s Defense held the Jets to just 42 yards on the ground and that is what won the game for them because that was the number one goal of the game stopping the Jets rushing attack Davon Godchaux  and Akeem Spence had a lot to do with that job well done! The Defense had 3 sacks and 2 interceptions. Robert Quinn was in beast mode and disruptive throughout the game. Kiko Alonso had 13 tackles as was all over the place.   Minkah Fitzpatrick also played a sound game on a screenplay for a loss and good coverage on a pass downfield.

They were not without their issues as QB Sam Darnold racked up over 300 yards passing dinking and dunking the ball off to his receivers. As the Dolphins struggled to keep up with their elusive receivers as our MLB is slow IMO and a liability in coverage.

All in all you can’t be too upset starting off 2-0 something they haven’t done since 2013 and in first place as New England is lost to Jacksonville.