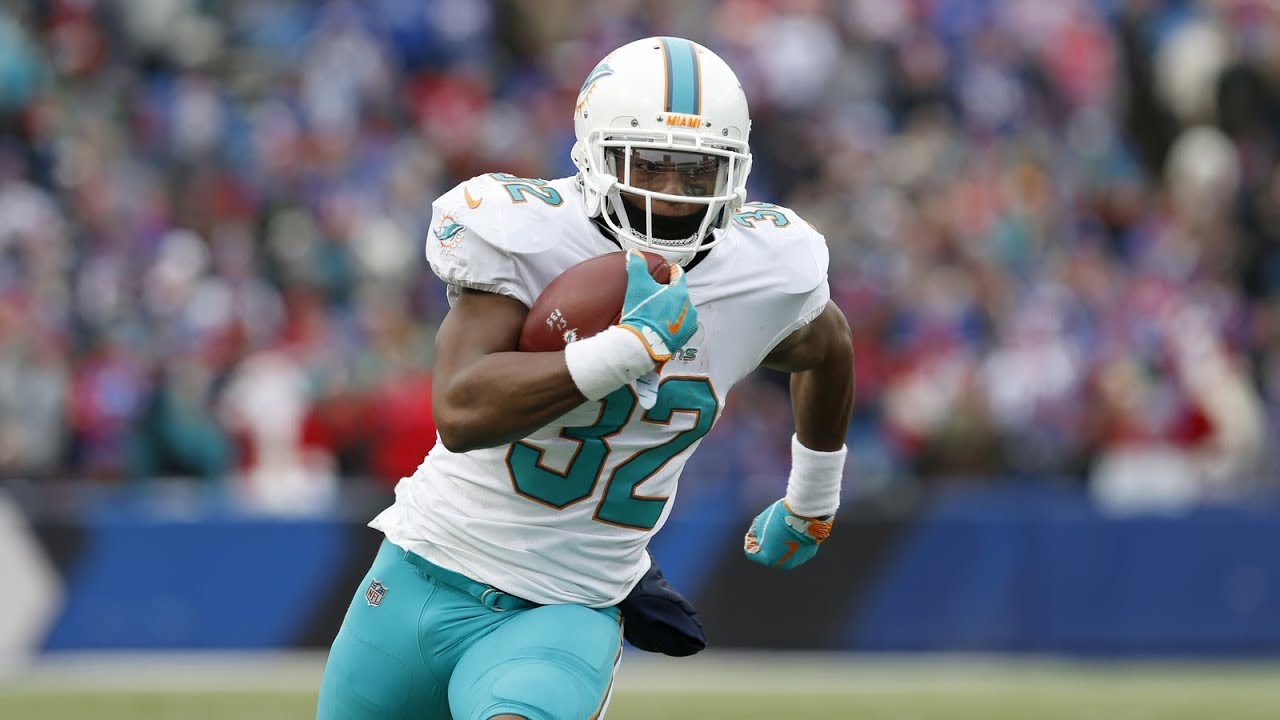 The Dolphins have a very good problem on their hands when it comes to the running backs on their roster. Let’s start off with the feel good free agent signing of future Hall Of Famer and hometown legend Frank Gore ending his career as a Dolphin. I immediately loved that acquisition and look forward to him leapfrogging one of my favorite all time non Dolphins running backs Curtis Martin as Frank Gore (currently 5th all time rusher in NFL history) needs just 66 rushing yards to surpass Martin leaving only Emmitt Smith, Walter Payton and Barry Sanders ahead of him.

Who could not be excited about our young stud Kenyan Drake? This kid took over for ousted rising star Jay Ajayi (who is now the Man for the super bowl winning Philadelphia Eagles) last season after what was a shocking midseason trade that sent the troubled RB packing and opened up the door for Drake to assume the starting role and he rewarded Miami by rushing for 444 yards on 75 carries at 4.8 yards per carry and 150 yards receiving and 17 catches. He helped quiet the disgruntled folks that were upset with the Ajayi trade.

Miami drafted RB Kalen Ballage out of Arizona State and so far this kid has been a very pleasant surprise and shows signs that he is another potential rising star player who can only help out this team as they can now rely on Ballage should they need to and in fact I can argue that he has earned playing time and they will have to put this kid in to either spell or replace one of the two RB’s ahead of him.

Needless to say the Dolphins seem to be sitting pretty at the RB position and with what appears to be a better offensive line they can rely on the running game more this season as the stable of backs from veteran Frank Gore to young upstart Kalen Ballage both complementing what could be a very good duel threat in Kenyan Drake as the main guy for now.

As the 2018 season kicks off it is refreshing to see this talent in the backfield for the Dolphins because no matter how you slice it the top rushing teams are in the playoff hunt at seasons end and if the Dolphins want to make the playoffs this season they must inculcate what could be the most talented group on the team our RB’s. There is much to be excited about with this group in our backfield.