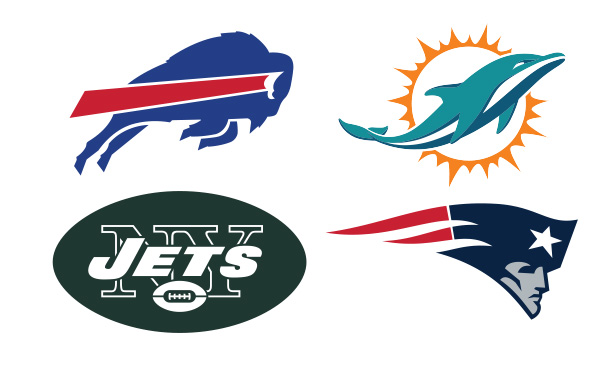 How many years has it been that the Miami Dolphins, New York Jets and Buffalo Bills have been gifting New England a trip to the playoffs?

It’s almost as if these teams have decided there’s no chance to beat New England so let’s fight for second place in the division it’s not just the players it seems like it’s everybody!

These organization’s, the coaches and the players have given up on the idea of competing against New England,they have basically laid down and allowed themselves to be rolled over and over again, for well over 19 years.

I’m pretty sure I am not alone as a Dolphin fan and would love to hear from some other fans of different teams such as the Jets and Buffalo regarding our frustration that these organizations have basically allowed New England to run roughshod over the division all these years.

You mean to tell me that there’s nobody capable of competing against New England in this division? It sure as hell seems so! I’m frustrated! I’m angry ! I want someone if not all three teams to challenge the Patriots.

How bad has it been?

Since 2001 when Bill Belechick began his reign as head coach of the New England Patriots.

I’m sick of people hoping and wishing that somehow Bill Belichick or Tom Brady will retire as if that’s the only chance they’ll have to compete in the division when will these people finally get their head out of their butts man up and go after New England very rigorously through player Personnel acquisition management and coaching somebody out there is not afraid of New England other than who we currently have running these teams, I am not a hater of New England I have much respect for them but I sure am tired of them running roughshod over our division while these three teams give them at least half the wins need to make it to the playoffs every year!

When is enough, enough, when will one of these teams finally get their act together and beat down New England yes as a Dolphin fan I hope it is Miami but I don’t care if it’s Buffalo or New York it’s time for one of these three teams to compete against New England and not allow them to just walk over them anymore. It’s just been ridiculous and instead of trying to wait out Tom Brady and Bill Belichick we need somebody to stand up and smack both of them in the mouth instead of cowering to them and looking to compete for second place in the division as if they have no chance of going for first place which so far New England has proven their case so it’s time for someone within the AFC East other than New England to man up!

PATRIOTS HAVE BEST DIVISIONAL RECORD SINCE 2001

The New England Patriots own a 72-21 (.774) record in regular-season AFC East games since the beginning of the 2001 season, compiling the best intra-division record of any team in the NFL.

Make that 10 straight after this year?