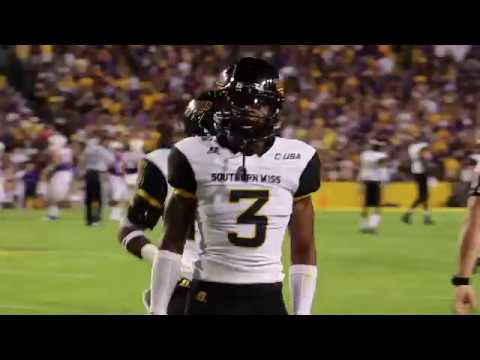 Cornell Armstrong
American football player
Miami Dolphins CB
Born: September 22, 1995 (age 22 years)
Height: 5′ 11″
Weight: 181 lbs
BIO
Preseason First-Team All-Conference USA/Athlon’s (2016)
Conference USA All-Freshman (2014)
Conference USA Commissioner’s Honor Roll (2014, 2016)2016 (Junior): Started all 13 games as a cornerback…Led the team with eight pass break-ups and nine deflections…35 solo tackles were second on the squad, and his 47 total stops were fourth…Had an interception in the win over Louisiana Tech…Recorded five tackles (all solo) each in the wins over Kentucky and Louisiana Tech and had a career-high eight total against Marshall.2015 (Sophomore): Appeared in 12 regular-season games, starting all 12 at field cornerback…Was sidelined by injury against Austin Peay (9/12)…Finished with 47 tackles (37 solo), tied for fifth-best on the team…Posted a career-high 10 tackles in the C-USA Championship Game at Western Kentucky (12/5)…Had at least four tackles in six games…Finished with one tackle for loss and a quarterback hurry…Ranked second on team with 10 passes broken up…Picked off two passes, one against North Texas (10/3, the other at Charlotte (10/24).

2014 (Freshman): Named to the Conference USA All-Freshman Team … Named to the 2014-15 Conference USA Commissioner’s Academic Honor Roll … Played in all 12 games as a true freshman, making five starts … Made collegiate debut on the road against Mississippi State, while notching first start on the road at North Texas … Finished the year with 30 tackles, including 22 solo stops … Notched four pass breakups and recovered a fumble … Posted a season-high seven solo tackles against UTSA, while adding another seven stops against Rice (five solo, two assisted) … Recovered a blocked kick against UTEP and returned it 78 yards for a touchdown.

Coming from a small college there is not the same information and coverage for Cornell like his other draft mates but the Dolphins see something in him worth developing and I am sure have a plan for him. Obviously Special Teams will be his key to make the roster  and his playing time can increase as he develops so keep an eye out for this underdog because he just might have a good bite.