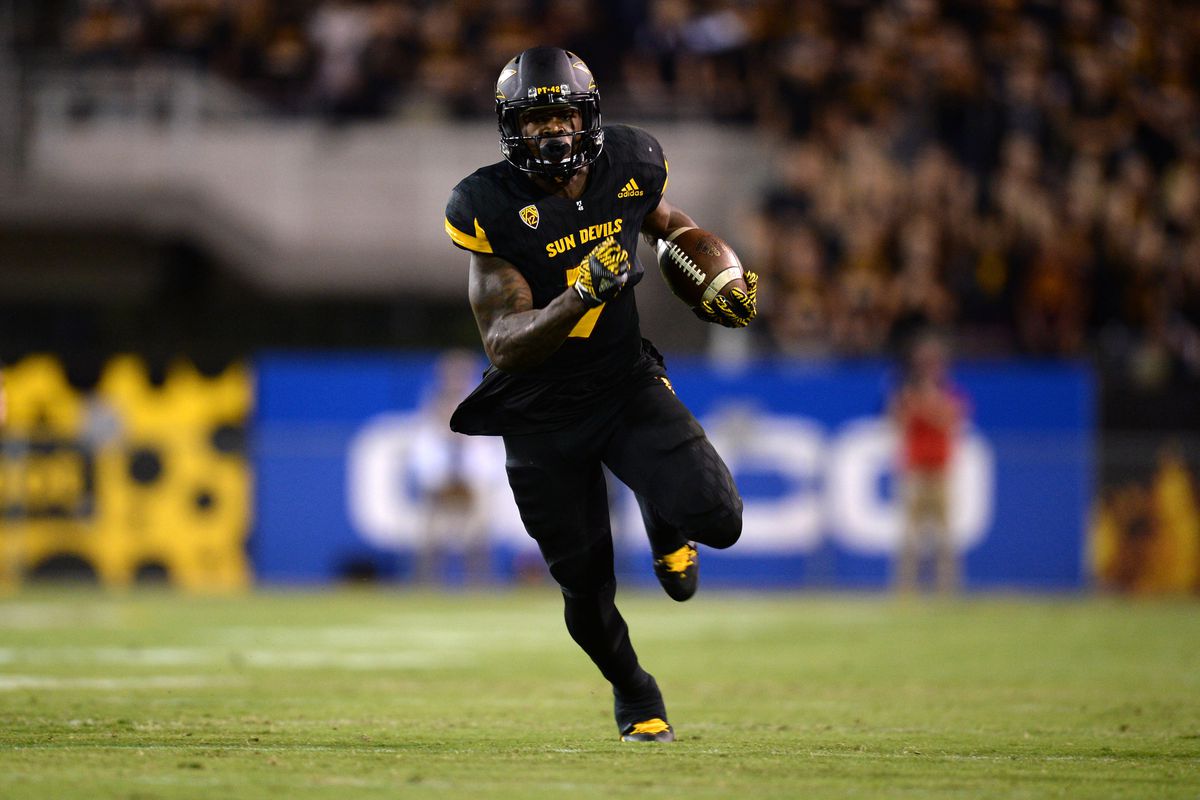 Ballage made national headlines in 2016 by tying the FBS record by using his power and speed to score eight touchdowns in one game (seven rushing — most from the Wildcat formation in the red zone — and one receiving) in a September match-up against Texas Tech. Ballage did not earn any all-conference efforts because he split carries (126 for 536 yards) with Demario Richard, but he scored 14 rushing touchdowns, provided a safety valve in the receiving game (44 receptions, 469 yards, one touchdown) and returned kicks (18 attempts, 409 yards). Ballage split carries with Richard again in 2017, rushing for 669 yards and six scores on 157 totes (20 receptions, 91 yards; 20 attempts, 437 yards on kick returns). He missed the beginning of his sophomore year with mononucleosis but finished with 653 rushing yards and four scores in 10 games. The four-star recruit from Colorado played a role as a true freshman in 2014 (42 rush, 138 yards, three touchdowns; six receptions, 64 yards, touchdown), even making a 96-yard kick return in the Sun Bowl that year.

Ballage looks great on the hoof and should test well at the Combine, but his lack of decisiveness and vision make it hard to envision him as a full-time RB1. Ballage can do a little of this and a little of that, but a team will need to have a clear-cut plan for how to use him. Ballage’s size and athletic ability will appeal to teams as will his ability to play on third downs and return kicks.

TDS Take: Running back was a true need as I projected that Miami would draft one between the 2nd-4th rounds and this kid is a stud with very good speed but has room to get stronger and bigger he is in a very good situation to be in Miami’s running back room he just might get a shot if he can beat out Frank Gore for some playing time or if God forbids Kenyan Drake goes down.