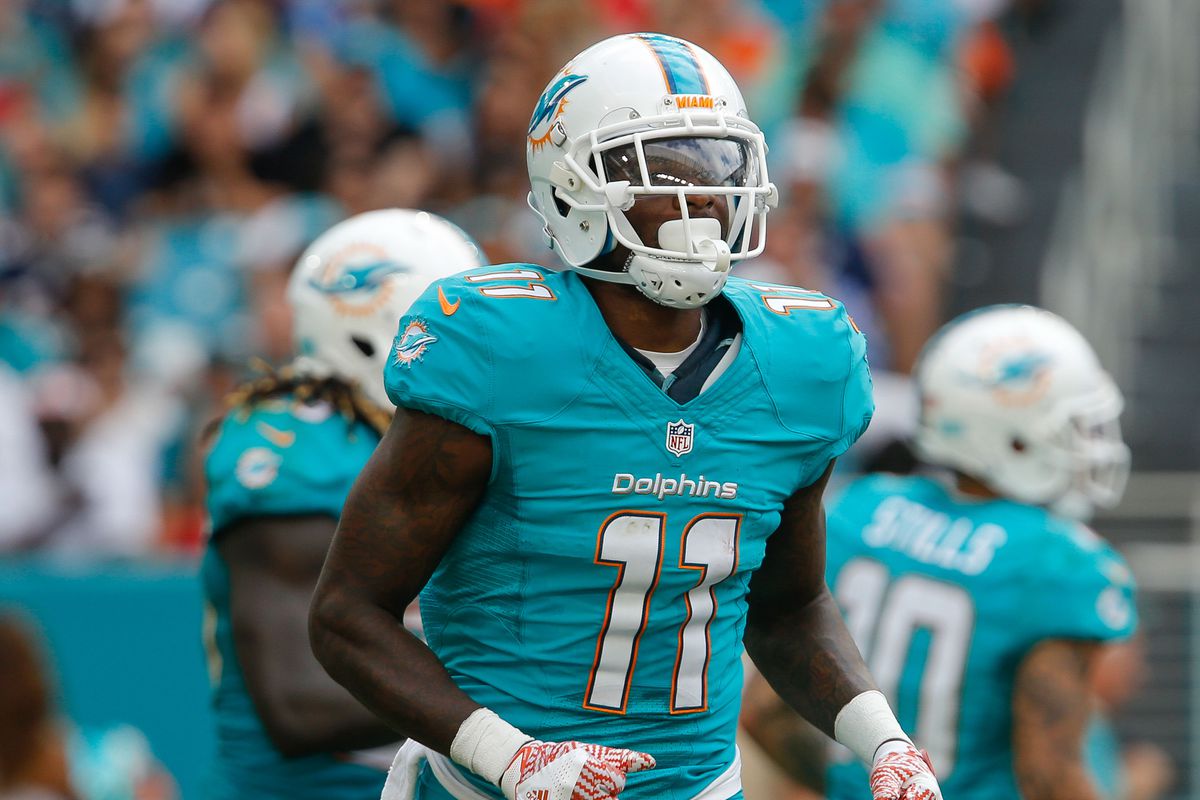 Just two days before the NFL draft the Miami Dolphins picked up DeVante Parkers 5th year option despite the fact that they have to May 3rd to make that decision and reading reports some see this as a move to secure the young promising WR up until the 2019 season.

I on the other hand see this as a possible trade bait  move.

Let’s say the Dolphins have in place a deal to trade up in the draft and part of that deal involves our young under achieving  wide out along with some other compensation?

The Dolphins have already purged the roster of players that have not played up to their desire and after 3 seasons of development maybe it’s time for Parker to move on.

I have already speculated that he SHOULD be trade bait and I am hoping this move is the beginning to that end.

2 thoughts on “DeVante Parker On The Trading Block?”