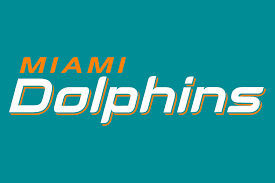 Miami will soon enter the 2018 NFL draft and many are hoping that the Dolphins will trade up in the draft for one of the young QB’s in this years draft. The Dolphins are almost in an impossible position to trade up and their best option to me is for them to stay put at 11 and take the B.P.A  by position of need.

The Dolphins always try to use free agency to fill their needs with the hope of being free to take the B.P.A regardless of position. The flaw in their thinking is they are not set at all the starting positions so they do not have the luxury of drafting the way they would like in fact they are maybe 2 years away from being in that position.

If for some reason both LB’s are off the board Miami would be wise to trade down and pick up a player later in the draft as well as another draft pick because there are plenty of holes on this roster and lack of talent.

Miami is in REBUILD mode and they have set their eyes to the future as they blew up the roster this off-season and will have plenty of room for young players to come in and make the roster.

With so much interest in the QB’s in this years draft the Dolphins can take advantage of that situation and leverage themselves to trade with a lower team and get more picks for this year and/or next.

With no ammo to really trade up Miami’s best options are to stand pat at 11 or trade down and get extra picks and hopefully add more talent to a roster lacking in it.