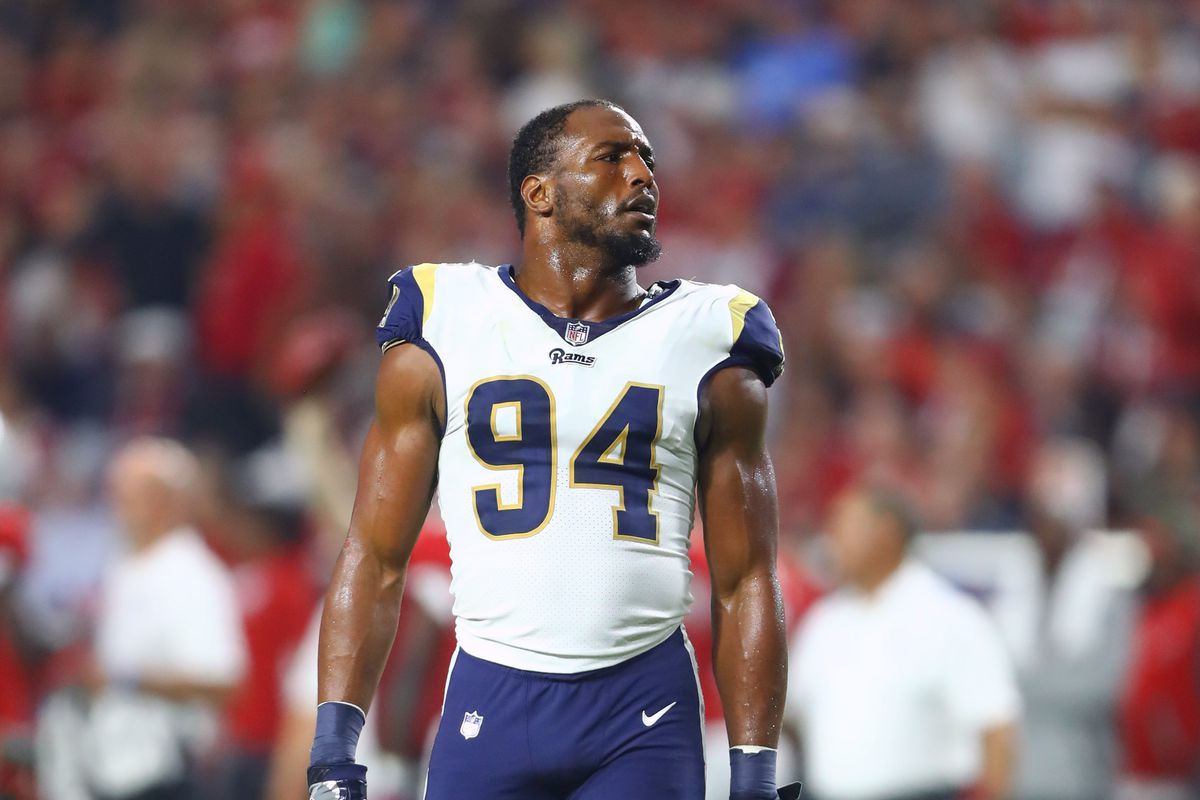 If rumors and reports are true the Miami Dolphins have consummated a trade for two time pro bowler DE Robert Quinn with the Los Angeles Rams, the Dolphins can not announce the trade until free agency officially starts March 14th the beginning of the league year. In exchange for Quinn the Dolphins give up their 4th round pick in this years NFL Draft (one of two 4th round picks) and they also swap 6th round picks with the Rams a move that will move the Dolphins down the draft board a few spots in round 6.

Why this is such a great move is Miami is getting a young veteran player that still has potential to regain his pro bowl form and I do not feel they could get such a player in the 4th round of the draft. The Dolphins also have a young first round pick in Charles Harris last year that could also learn from Quinn and most likely have to compete for playing time. It could also spell the end for some under performing player last year.

More importantly it truly is a need that must be filled as our pass rush was one of the worst in the league last year and is in desperate need for improvement. The negatives are the recent history of Miami’s free Agent moves over the past two seasons  that has been a series of failed moves that have not panned out.

Will Miami get the Quinn that was the two time pro bowler or the injury riddled player he has become the past few seasons? The other issue is Miami’s salary cap situation already over stretched it is obvious something will have to give.

The Dolphins must have a plan that will allow for the acquisition to take place but just what is it? Will they redo some high salaried players contracts like Tannehill or Suh? Will they part ways with under performing players from last year like Branch or Alonso?  Will they cut  Ja’Wuan James? How about Jarvis Landry and his potential 16 million dollar hit due him?

This should be an interesting  free agency for Miami as they navigate their way through what appears to be a financial mess.

Well that really is not our concern as they obviously have a plan. All we can hope for is that Robert Quinn can bring his A game next season and help raise the sack totals and play of his his new teammates.

They have to get it right one of these times right?

In the mean time “Welcome To Miami” Robert Quinn Do what you Do best!