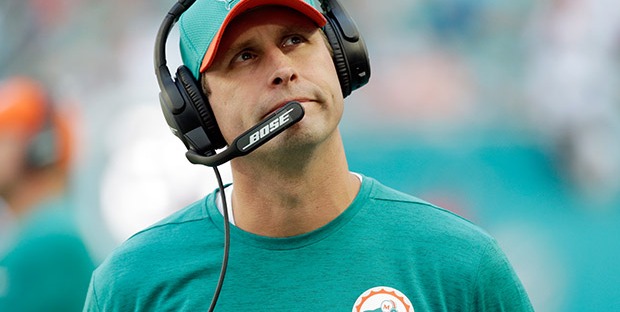 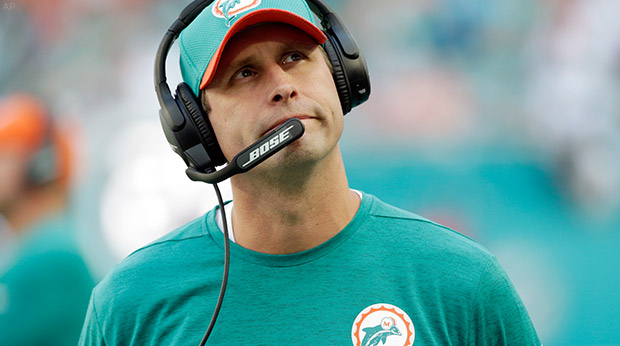 Adam Gase is walking a thin line. He still is loved by many but the room for error is now diminished as he has made some decisions that will surely backfire if this team does not win and at least be in position to make the playoffs this season. Making the playoffs will ease the building tensions towards Gase.

The most recent decision to trade Jay Ajayi is still not setting well with some and if it were not for the fact that Adam still has a 4-3 record despite so much turmoil this season I am sure there would be a lot more noise than we have heard so far about the Dolphins.

I happen to think he made the right decision to move on from Jay Ajayi but the reason, timing and the compensation is surely questionable.

Miami’s offense is truly all Adam Gase’s  doing he wanted to bring back just about everybody from last season, he signed off on getting TE Julius Thomas who has so far not lived up to expectations but is more like he’s played in Tampa Bay disappointing.

Adam also made the call to get Jay Cutler once Ryan Tannehill went down and that to has not lived up to expectations. Adam also is the play caller for his team so this stagnant offense is directly attributed to him.

The schedule is truly unforgiving as the Dolphins have yet to play New England or Buffalo and sandwiched in between those 4 games are the Raiders, Panthers, Tampa Bay, Broncos and the Chiefs.

Adam can blame no one but himself for the situation this Dolphins team finds themselves in this year and some questionable decisions that so far have not looked so good so far.

He has proven to be conflicting in his personality as he has gone from protecting the players and taking the blame to calling out players and in some cases throwing some under the bus.

The only way to avoid a backlash is for his team to do similar to what they did last season and win more games than they lose and so far at 4-3 and facing a beatable Raiders at home, tonight is the beginning of many people looking at this Dolphins team under a microscope because that is the attention Adam Gase brought upon himself.

Winning is the only way out of what appears to be a mess….Adam Gase Needs To Win!

1 thought on “Is The Ice Thinning For Adam Gase?”