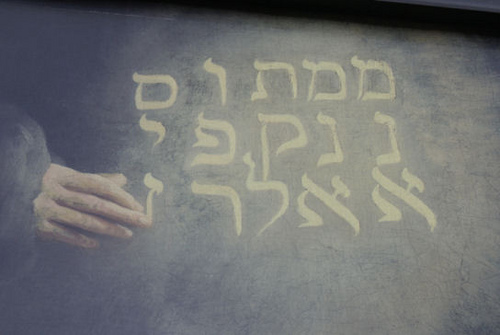 (Your Days Are Numbered!)

The handwriting is on the wall and heads will roll in Miami (Again). And even though I am a HUGE Jeff Ireland backer even I can tell (especially after listening to Stephen Ross the owner yesterday) that unless this team somehow goes 6-1  or 5-2 and make the playoffs to end the season not only Jeff Ireland but a few others will be moving on from Miami.

Now if I were the owner I still would keep Jeff Ireland because one thing that cannot be argued is the Dolphins have talent, and that is a reflection of the GM bringing in the talent. But the culture in Miami is no longer conducive for Jeff Ireland as he is (and will always be) hated by the majority of a fan base that thrive on firing folks and for whatever reason beyond the wins and losses that these haters keep crying out for the GM to be fired for what “just like in the last regime” is really a coaching issue I will not get it. So let me say thank you Jeff Ireland and I am sorry you have to deal with the ignorance of the mob like mentality of what are some of the sorriest fans in the NFL just above the Eagles fans who also ran out-of-town a very good head coach who is now thriving in KC. May you too Jeff  land on another team that will appreciate your talents as I do and when that happens as the Dolphins are in the mist of  firing the next GM or HC or sell the team I will also be smiling with/for you because in this writers opinion you are the only one who did do a good job for the Dolphins this year.

So as the media and fans jump on Jeff Ireland and the owner who has been as supportive as he can be to Jeff  seems to be sending signals it is time to move on, polish up your résumé Jeff. So who SHOULD be the new GM and do you endorse Dan Marino (who would be another first time GM) becoming our GM? The next issue that complicates this potential situation is will whoever they bring is as the new GM will he really want Joe Philbin as HC? How safe is Philbin’s job? The owner has backed the coach and seems willing to give him more time but a potential new GM will maybe want a HC with more experience than Joe Philbin who is getting Jeff fired.

Yes the media is already preparing for the drama to continue well into the offseason as they are hovering over the Davie Facility egging on the termination of our GM and just like the Philly fans reality will set in that the issue is not about the GM HC but one tweak could fix this Dolphins team and that is replacing the OC.

Mike Sherman needs to be replaced as the Offensive Coordinator now note I am not endorsing firing him because I feel that would be asking too much of Joe Philbin but the play calling is beyond ridicules it’s pathetic! How do you for the umpteenth time on a critical short yardage situation like when Miami was deep in their own end zone needing to get some breathing room and just like in too many short yardage situations they PITCH THE BALL BACK FURTHER IN THE END-ZONE and the result was a safety!

Or how about the FACT that in his cadence Ryan Tannehill with a very high percentage says GO! GO! Before every run play now this has been reported for some time now and if we fans are aware of this why are they still telegraphing our run plays? And once again why did Miami only run Lamar Miller 7 times and Daniel Thomas 4 times and have only 17 run plays total AGAIN?

And on defense we have somehow lost our ability to do the fundamental things well, like tackling. And what happened to our stout middle run defense? Who kidnapped Starks and Soliai and put these two clowns in along with Pee Wee Herman who can’t seem to do his dance lately.. So I ask, how can these problems be the GM’s fault?

As I have said in the onset I do see signs that Jeff Ireland’s job is on the line but truth be told he once again is a victim of things beyond his control like “POOR COACHING” , locker-room issues or any issue  unfairly blamed on him and since he is a scape goat for anything gone wrong in Miami even I would not wish this job on him anymore.